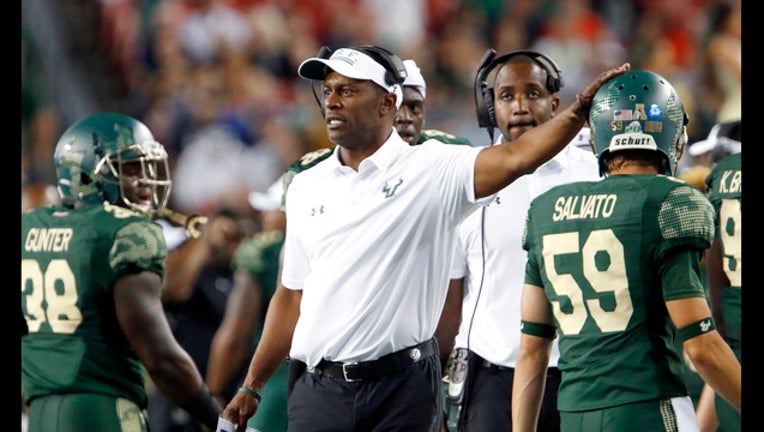 TALLAHASSEE, Fla. - A person with direct knowledge of the situation says Willie Taggart has agreed to become Florida State's next football coach.

The person says Taggart has called a team meeting to inform his Oregon players he is heading to Tallahassee to replace Jimbo Fisher. Florida State. The person spoke to The Associated Press Tuesday on condition of anonymity because neither school had announced the move.

The 41-year old Bradenton native coached at South Florida for four seasons before going to Oregon. Fisher resigned Friday to accept the opening at Texas A&M.

Taggart has a 47-50 career record, including 7-5 this season, but is known as a rebuilder. Florida State is 6-6 this season and will face Southern Mississippi in the Dec. 27 Independence Bowl