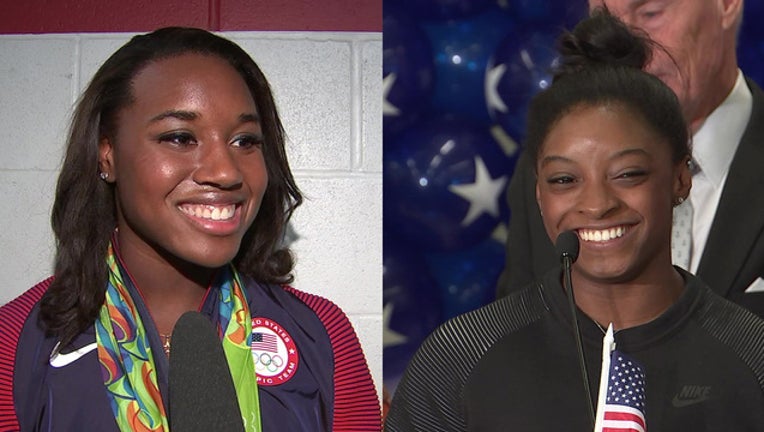 HOUSTON - When told Olympic gymnastics champion Simone Biles had agreed to be one of the grand marshals of the Houston Thanksgiving Day Parade Mayor Sylvester Turner was overjoyed.

She was also invited to take part in the parade in New York City.

She will join with Sugar Land Olympic swimming champion Simone Manuel as the grand marshals of the Houston parade.

“When you told me that Simone Biles had agreed to be one of the grand marshals of the Houston Thanksgiving Day Parade my thoughts were paralyzed for a moment,” Mayor Sylvester Turner told FOX 26 Sports.

“My feet left the ground and I landed on the moon, and for the rest of the day that’s exactly where I’m going to be.”