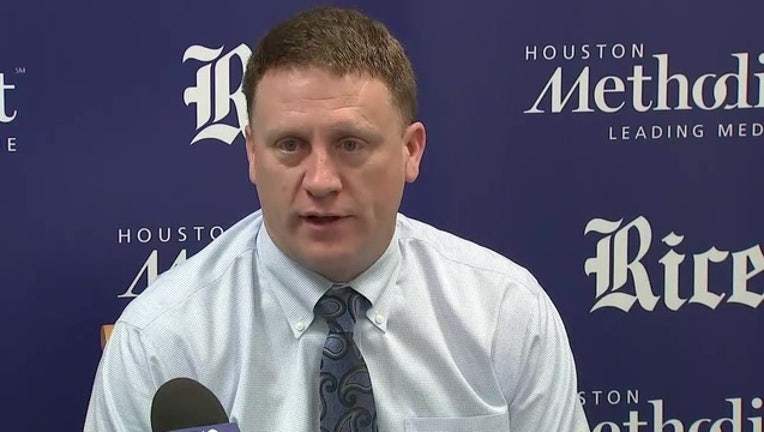 Rhoades was an assistant for five years at VCU before being named the Owls head coach three years ago.

"Dream come true," Rhoades said in an interview with FOX 26 Sports. "We're really excited about it.

"It's time to move forward and get going."

And while this is a great moment for Rhoades, it was not easy for him to leave Rice.

"The foundation here is really strong. Joe Karlgaard is an awesome AD. I came to work for him. These players in this building are going to work really hard. They're going to try to win a championship. That's the culture we've talked about. I love everyone of them."

Rhoades feels for the players he's leaving at Rice.

"It's hard, it's hard," Rhoades said. "We've got big boys in that locker room. They're going to be okay. We've got each other's backs forever."

The Owls were eliminated by Utah Valley in the quarterfinals of the CBI on Monday night.

Rhoades is proud of what he has accomplished in his three years with the Owls.

"Just that you can do it here," Rhoades said. "You can get it done at Rice.

Rhoades left Rice with a message for the school's fans.

"Thank you for everything." Rhoades. "Our family and I are going to really miss it."