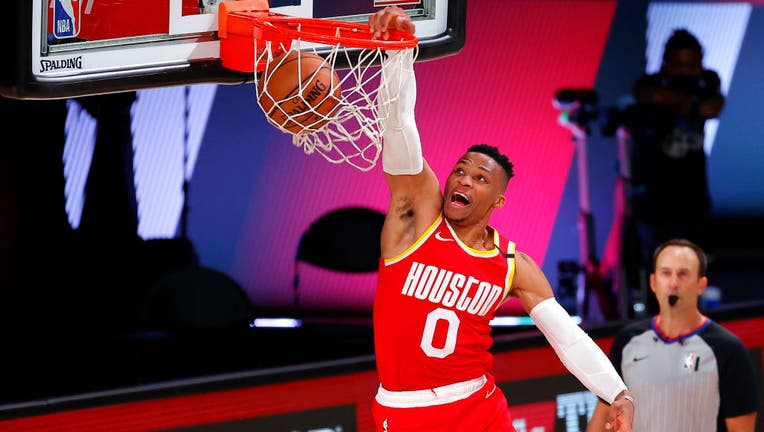 LAKE BUENA VISTA, FLORIDA - AUGUST 04: Russell Westbrook #0 of the Houston Rockets dunks the ball during the second half against the Portland Trail Blazers at The Arena at ESPN Wide World Of Sports Complex on August 04, 2020 in Lake Buena Vista, Flor

Guard Russell Westbrook will return to the Rockets lineup for game five against Oklahoma City, according to an NBA source.

Westbrook missed the first four games of the Rockets-Thunder playoff series with a strained right quad.

Westbrook last played for the Rockets against the Spurs on Aug. 11.

He played 28 minutes and scored 20 points.

The Rockets announced the following day that an MRI revealed Westbrook’s injury.