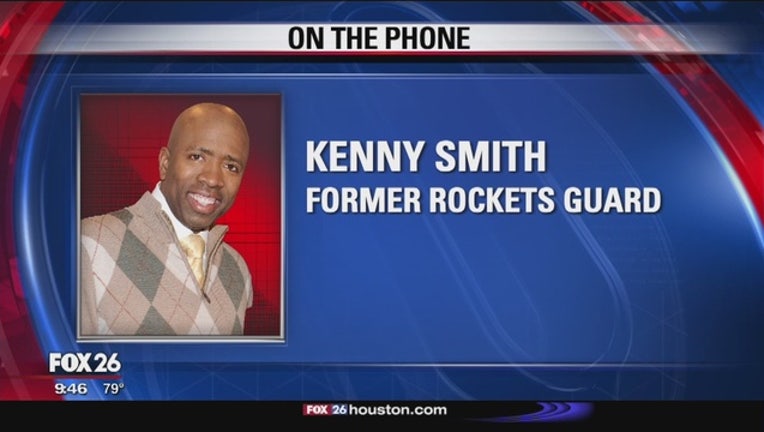 HOUSTON - Former Rockets guard Kenny Smith, who is an NBA analyst with TNT and a candidate to become the next head coach of the Rockets, said he had “a great meeting” with team officials on Tuesday.

“It was great reuniting with Les. It’s been a long-time, 24-year friendship. It was great to relive the Clutch City memories. Les is a championship owner.”

Smith said Alexander and Morey did not give him a timeline on when they would like to hire their coach, but he believes they are doing a “great job” of taking care of their due diligence.

“Right now we’re just staying in contact with each other,” Smith said . “Then we’ll see what happens from there.

“I’m a Rocket at heart. This is just a step.  I’ve always been interested at some point in coaching. So I’m here. We’re going to see.

“I have a heck of a job right now at TNT, that I’m extremely happy with. So there’s got to be a lot of parameters on both ends to make things happen.”

Smith helped lead the Rockets to NBA Championships in 1994 and 1995.