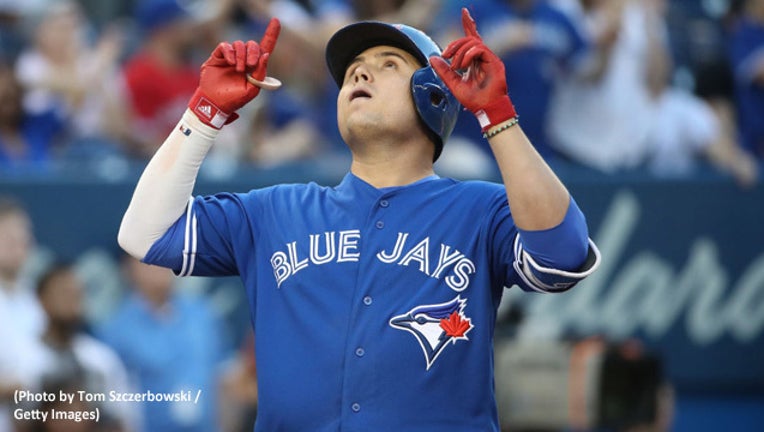 Aledmys Diaz #1 of the Toronto Blue Jays celebrates after hitting a solo home run in the ninth inning during MLB game action against the New York Yankees at Rogers Centre on July 7, 2018 in Toronto, Canada. (Photo by Tom Szczerbowski/Getty Images)

The trade was announced by both teams Saturday.