Several hammerhead sharks circled some beachgoers at a Pensacola, Florida beach over the Memorial weekend.

Jacqueline Lesso, of Alabama, was boating with her friends on May 29 when she, and several other beachgoers, saw multiple hammerhead sharks swimming into the shallow water.

Video showed the sharks circling before separating and swimming toward the shoreline where several people stood to observe.

A few people were taken by surprise but appeared to remain calm, even walking alongside the creatures.

Lesso’s daughter was lounging on a rubber raft with a few friends when two of the hammerheads swam right underneath them. Lesso said her daughter was unable to jump back onto the boat to safety because she had recently broken her foot. 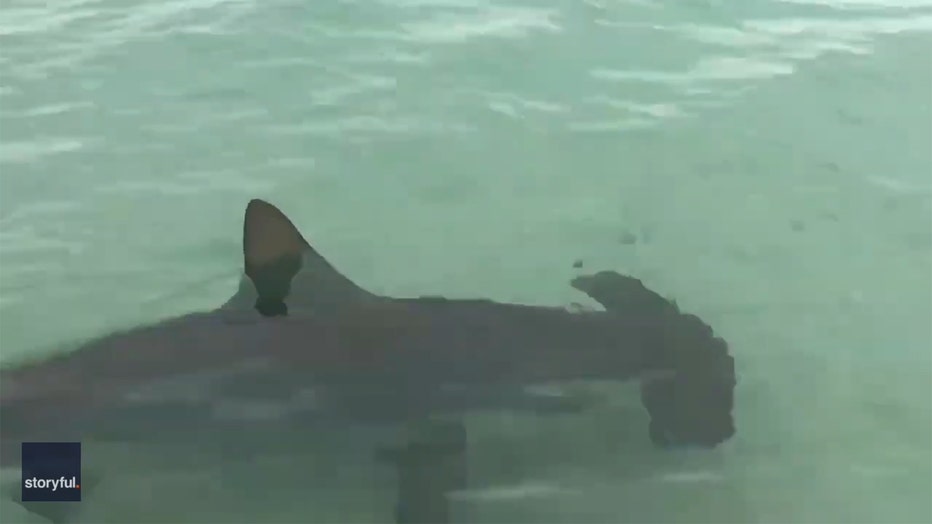 The sharks continued to swim around while some people were heard screaming in the background of Lesso’s video.

"None of the sharks were aggressive in any way and the screaming was more of excitement than hysteria," Lesso said.

"A lesson learned to keep your cool and stay calm," she added.

Storyful contributed to this story.