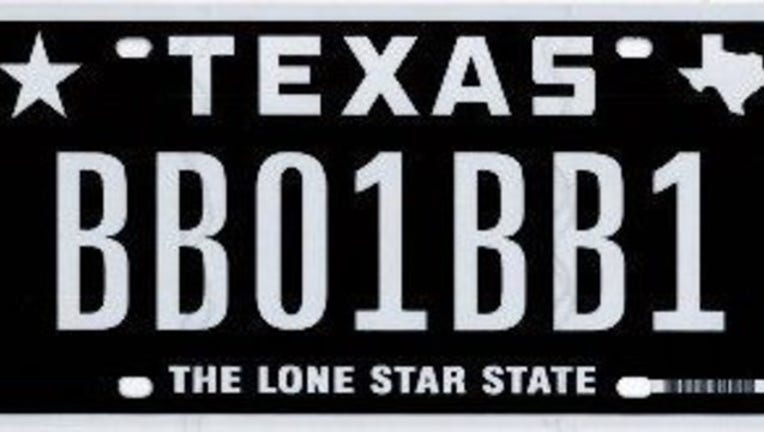 FORT WORTH, Texas (AP) - The Texas Department of Motor Vehicles last year rejected about 3,800 proposals for personalized license plates that regulators considered too political or tasteless.

"There is a fine line between expressing one's political opinions and offensive speech officially sanctioned by the State of Texas on license plates," said Brandon Rottinghaus, a political science professor at the University of Houston. "The state doesn't want to be liable for confrontations resulting from unhappy drivers who see messages offensive to them. Some motorists who see these plates would smile but others would be angry. The state has an obligation to vet these (before) any possible trouble arises."

DMV workers review license plate applications based on the Texas Administrative Code. They look out for any allusion to gangs or illegal activities, implied threats of harm and indecent references. Any mention of "race, ethnicity, gender or sexual orientation, whether the reference is derogatory or not," is rejected. Similarly forbidden are plates that refer to law enforcement, military branches or other governmental entities, including any official government position or rank.

Applicants can appeal in writing if their request is rejected. There are no hearings, the Texas Administrative Code noted.

It takes Texas DMV officials about a month to reach a final decision.

"There are other ways to express opinions on cars the state sanctions," Rottinghaus said. "The state already allows motorists to purchase specific plates memorializing or celebrating issues that have been carefully vetted by the state. The state is better off organizing constructive political opinions that way to minimize anger on the roads."

Information from: Fort Worth Star-Telegram, http://www.star-telegram.com