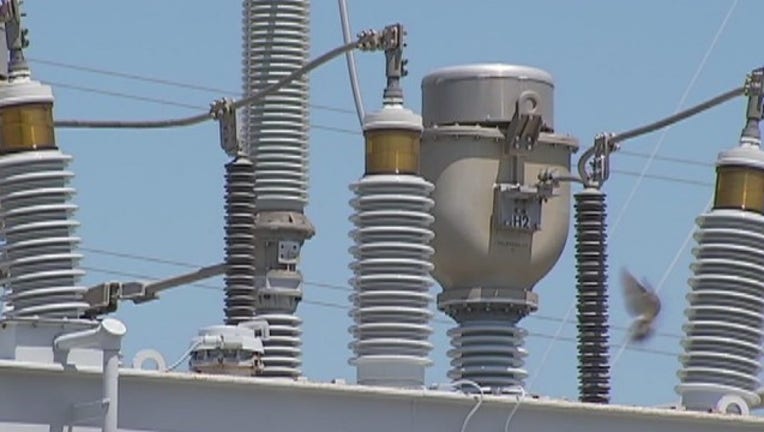 DALLAS (AP) - Electricity demand in Texas is expected to hit record levels this summer, and with a thin margin of reserve power, the operator of the state's grid says it may have to ask businesses and consumers to conserve.

Officials at the Electric Reliability Council of Texas, or ERCOT, are not ruling out rolling blackouts, although they say other measures are more likely.

"We are confident that we will be able to maintain the reliability of the system as a whole ... during these tight conditions," Dan Woodfin, ERCOT's senior director of system operations, told reporters on Wednesday. "Now if things happen and we have extreme weather or lots of forced outages or low wind or some combination of those, we may have to implement rotating outages."

Before blackouts are ordered, however, Woodfin said ERCOT would add generation capacity, import power from grids outside the state, and ask consumers to conserve electricity.

ERCOT predicted that demand will rise as high as 74,853 megawatts, or 1,300 megawatts higher than the record set last July 19.

The grid operator predicted that demand will grow at an above-normal rate of 2.5% to 3% every year through 2022. Demand is booming partly because of growing oil and gas operations in west Texas and industrial development along the Gulf Coast.

However, new sources, including the return to operation of a 365-megawatt gas-fired power plant near Corpus Christi that is owned by NRG Energy, allowed ERCOT to raise its estimate of capacity this summer from an earlier forecast.

The grid has a reserve margin of 8.6%. ERCOT had previously estimated the summer reserve at an all-time low of 7.4%, but that was before accounting for power-use reductions that ERCOT can order during an emergency.

ERCOT expects the margin to rise in coming years as new wind- and solar-power projects kick in. Its goal is 13.75%.

When ERCOT's reserve falls too low, wholesale prices rise automatically. That is designed to give generators an incentive to produce more electricity, but it leads to higher retail prices for consumers. ERCOT officials declined to forecast where rates might go this summer.