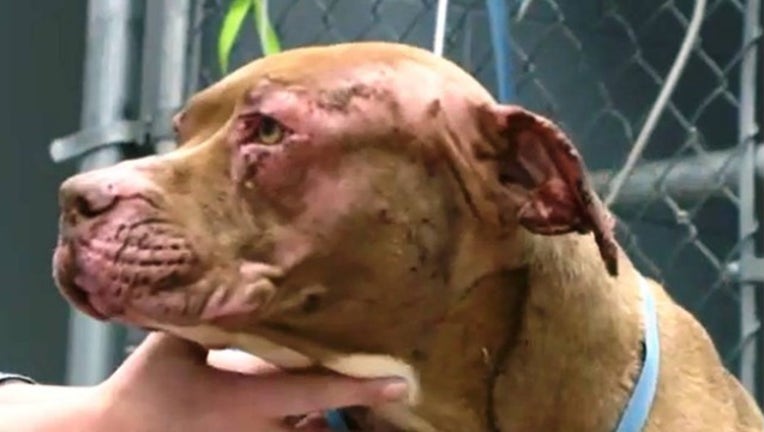 COBB COUNTY, Ga. - A Smyrna man has been sentenced to four years in prison in a severe case of animal cruelty.

Authorities said Calib Dansel Lanier, 23, repeatedly touched an open flame of a torch to a dog’s body while the pup was trapped inside a doghouse back in May. It happened in the backyard of Lanier’s Laurel Circle home. The Cobb County District Attorney’s Office said Lanier was the only person home when he committed the act of violence.

“This is one of the worst cases of torture and suffering of an innocent animal our animal-abuse unit has seen,” said Cobb County Assistant District Attorney Sherwin Figueroa. “This Defendant has lashed out against his own family in addition to committing this deviant act.”

Investigators said Lanier stuck the torch through a crack in the doghouse, causing the dog to suffer burns on her face and more than 60 percent of her body.

The year-and-a-half old pit bull named “Royalti” belonged to Lanier’s brother and sister-in-law. The brothers had been in a “simmering dispute” prior to the attack.

In July, a Cobb County jury convicted Lanier of two counts of aggravated cruelty to animals and one count of criminal damage to property in the second degree. He was sentenced to ten years, with four years to serve in custody and the remaining balance on probation.

“Royalti” was adopted by her veterinarian and is now known as “Sweet Potato Fry.”