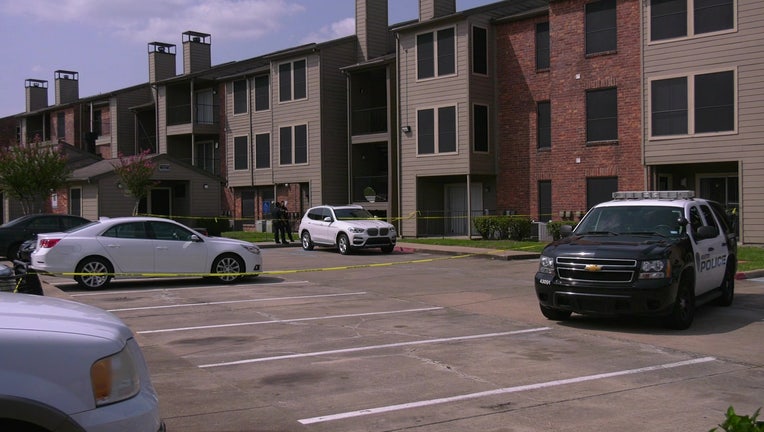 HOUSTON - Houston police are investigating after a shooting in southwest Houston turned deadly on Saturday.

Authorities said the shooting occurred on the 12000 block of Bissonnet Drive, just after 1 p.m.

Police said when officers arrived, they found someone shot on the stairway.

The victim was pronounced dead at the scene.

David Stark with Houston Police Department Homicide said the victim, who is a male, lived alone at the apartment complex was moving things from his car into his apartment. A neighbor was also helping the victim.

Stark said some witnesses came forward stating the suspect was a Black male who fled the scene. However, no other details about the suspect were provided.

A motive into the shooting has not been released.