WASHINGTON - A U.S. defense official says the United States has recovered the remains of two American service members killed in the crash of an Air Force plane in Afghanistan.

They were the only two people aboard the Air Force E-11A electronic surveillance aircraft when it went down on Monday in Ghazni province, the official said, speaking Tuesday on the condition of anonymity ahead of an official announcement of the recovery. The identities of the two have not been publicly announced, pending notification of their relatives.

The official said the American recovery team met no Taliban resistance in reaching the crash site and said there is no indication that the plane was downed by hostile action. 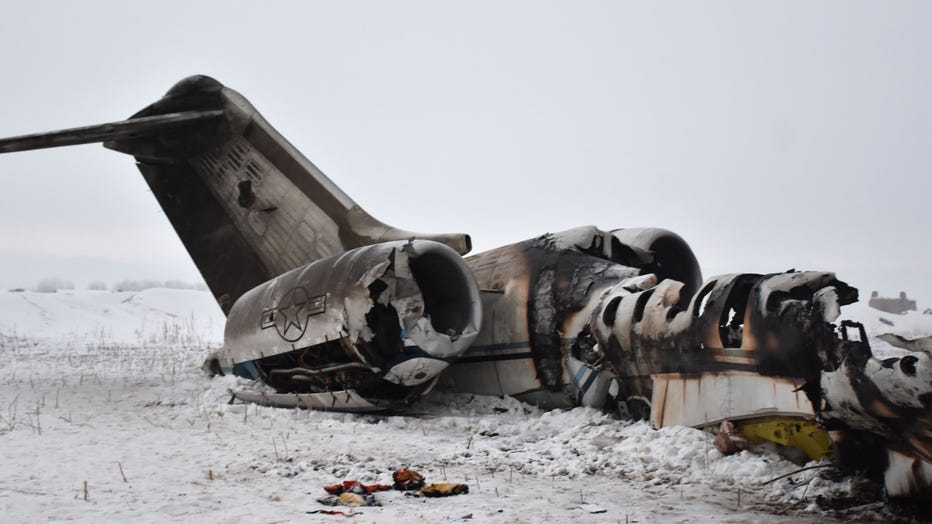 In this photograph taken on Jan. 27, 2020, the wreckage of a US Bombardier E-11A jet is seen after it crashed in mountainous territory of Deh Yak district in Ghazni Province. (Photo by STR/AFP via Getty Images)

The Taliban hold much of Ghazni province. Monday's plane crash there is not expected to derail U.S.-Taliban peace talks if the crash investigation determines, as expected, that it was not the result of hostile action.

The U.S. and the Taliban are negotiating a reduction in hostilities or a cease-fire to allow the signing of a peace agreement that could bring home an estimated 13,000 American troops and open the way to a broader post-war deal for Afghans.

A journalist in the area, Tariq Ghazniwal, said Monday that he saw the burning aircraft. He told The Associated Press that he saw two bodies and that the front of the aircraft was badly burned but its body and tail were hardly damaged.

The crash site is about 10 kilometers (6.2 miles) from a U.S. military base, Ghazniwal said. Local Taliban were deployed to protect the crash site, he said.