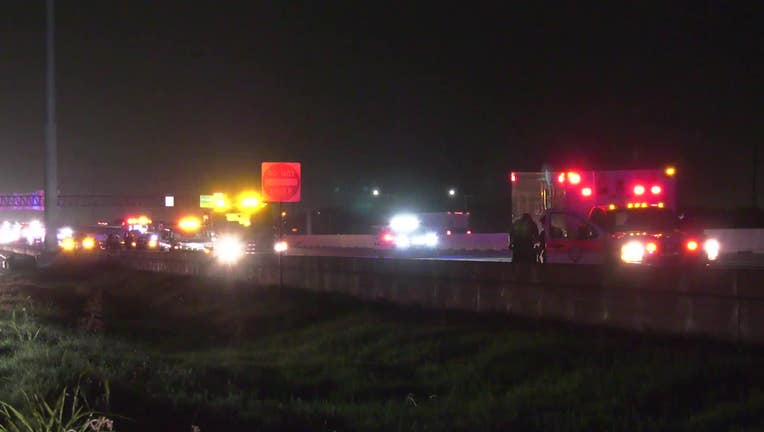 Police investigate a deadly motorcycle crash on the Gulf Freeway.

HOUSTON - Houston police say a 49-year-old man riding a motorcycle died after he crashed into a parked wrecker truck.

Police say the man was operating a motorcycle and swerving across the main lanes of the freeway when he struck a parked flatbed wrecker in front of a stalled vehicle.

Police say the wrecker driver, who was preparing to tow the disabled vehicle, was not injured.

The investigation into the crash is ongoing.