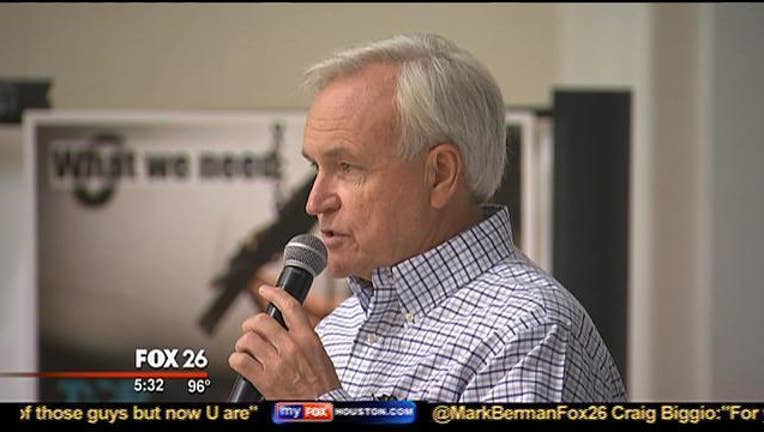 Transgender access to the bathroom of their choice has very suddenly become a big deal in the crowded race to be Houston's next mayor.

In addition to mandating a citywide election, the Texas Supreme Court ruling last week will force candidates, particularly those vying for conservative votes, to state a clear position on the current Houston Equal Rights Ordinance.

A self-proclaimed moderate, King has courted conservative voters with his "back to basics" pragmatism and clearly needs right leaning support to land a spot in a run-off.

Saturday the Houston Chronicle Columnist and former Kemah Mayor said he "saw no need for a discrimination ordinance".

It is a position against HERO confirmed by his campaign which also says King believes Mayor Annise Parker was wrong to deny citizens a vote.

"It makes him look like a political opportunist in a world that sometimes rejects that. It could be that it creates a backlash from current individuals who are supporting him as well as a general perception that he is the one in the race who is not tolerant," said Rottinghaus.

King has company in opposition to HERO in fellow candidate Ben Hall who has been much more vocal on the issue.

Hall had hoped to reap a huge windfall of so called "values" voters which he may now split with King.

"Bill King said nothing while thousands of Houstonians fought for the right to vote. That's a career politician. Now he's talking tough because of the political winds. I'm proud to have fought this battle from the beginning," said Hall.