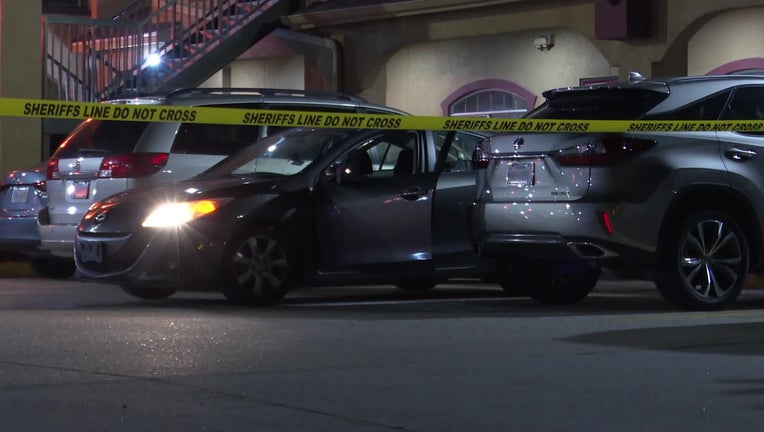 The Harris County Sheriff's Office investigates a shooting in the parking lot of a motel on FM 1960.

Authorities say a man was sitting in his car when someone walked up and shot him multiple times.

Deputies say the man was in the parking lot when the suspect approached his car from behind and fired multiple shots.

The man was taken to the hospital in critical but stable condition.

A description of the suspect has not been released.

Anyone with information can call Crime Stoppers or the Harris County Sheriff’s Office.