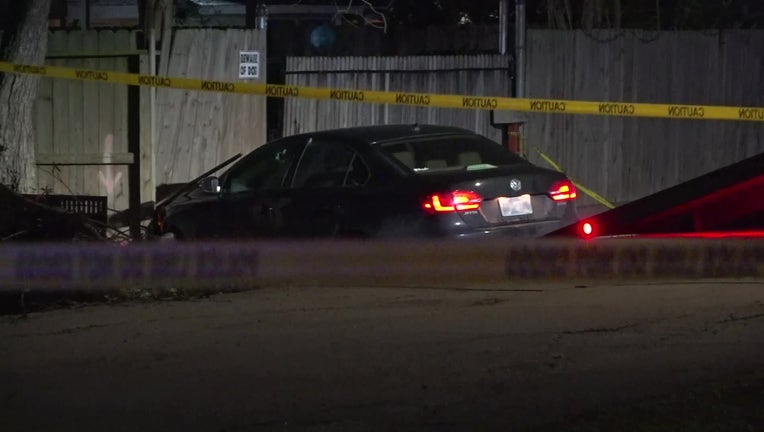 Police say a man crashed into a fence after he was shot while driving on Houston's south side.

HOUSTON - A man was shot and killed while driving his car on Houston’s south side.

Officers responded to the shooting on Elberta near Redbud around 8 p.m. Sunday.

Residents heard multiple gunshots and discovered a man had crashed his car into a fence.

Police say two suspects ran away from the scene.

The wounded man was taken to the hospital, where he was pronounced deceased.

Police have not determined a motive for the shooting. Authorities are looking for witnesses to gather a description of the suspects.