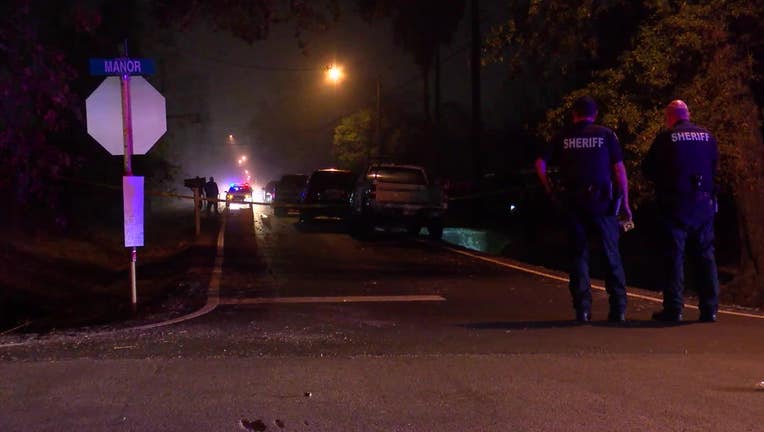 Deputies are investigating a deadly shooting at a Thanksgiving gathering in east Harris County.

CLOVERLEAF, Texas - Investigators say a man was shot and killed while trying to intervene in an altercation at a Thanksgiving gathering.

Deputies say the man was shot multiple times at the party on Hershe Street near Manor Street around 12:30 a.m. Friday.

He was taken to the hospital in critical condition, but he did not survive his injuries.

According to Harris County Sheriff Ed Gonzalez, the victim, identified as 37-year-old Daniel Gonzalez, was shot while trying to intervene in an altercation between the suspect and homeowner.

The sheriff says the suspect, identified as 46-year-old Juan Cervantes, has been charged.