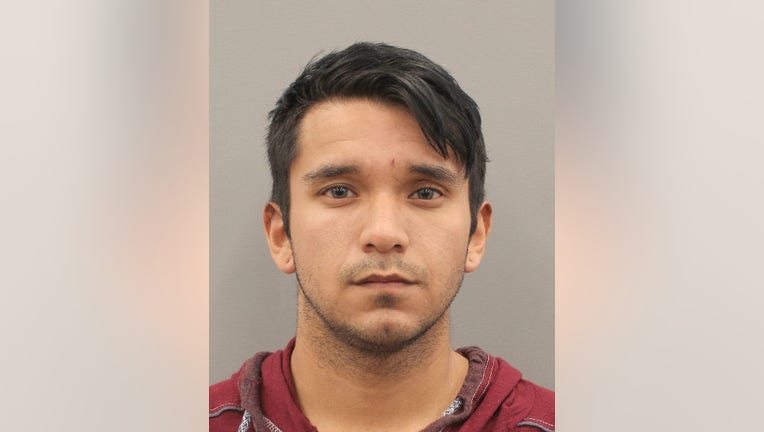 HOUSTON - A man is now charged with two counts of intoxicated manslaughter in connection to a deadly crash on the Gulf Freeway Saturday night.

Lupe Longoria, 27, was previously charged with driving while intoxicated, but the charges have now been updated to two counts of intoxicated manslaughter.

Two men died in the crash on the Gulf Freeway near Cullen Boulevard around 1:10 a.m. Saturday.

A black Nissan Versa and a blue Nissan Altima were involved in a crash on the Gulf Freeway. Police say the drivers exited their vehicles and stood in the lane near the HOV concrete barrier while a wrecker truck blocked another lane of traffic.

Police say Longoria was driving a Toyota CHR and failed to stay in a single lane, striking both of the pedestrians. One of the men died at the scene and the other was pronounced deceased at the hospital.

Police say Longoria was detained at the scene and was determined to be impaired.