The front of the suspect vehicle reads "SOS." A security breach at LAX prompted heavy police presence in the area.

LOS ANGELES - A suspect is in custody after leading officers on a chase and then driving through the security fences at Los Angeles International Airport on Thursday night.

The Los Angeles Police Department responded to a call in the 5900 block of West Imperial Highway. 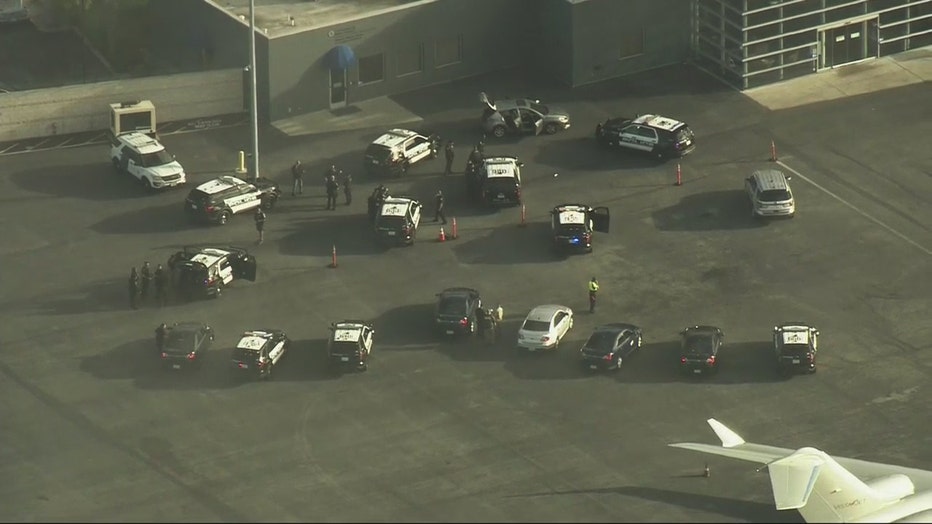 Officials said that around 6 p.m., the male driver broke through a fence at the FedEx cargo facility and drove westbound on the surface road and airfield at LAX.

The suspect, after breaching LAX security, stopped their car at the airport before officers eventually placed the driver into custody.

The suspect was later identified as Ramon Antonio Angulobello, 36. He was arrested and booked for felony vandalism and trespassing on airport property.

The intrusion forced a sudden closure of some of the runways Thursday evening, authorities said.

The airport’s two south runways were briefly closed and the two north runways continued operating normally, officials said on Twitter. The closed runways have since reopened.