The “Leaning Tower of Dallas” finally went down on Monday afternoon, one week after it’s scheduled demise and two weeks after a failed building implosion.

DALLAS - The “Leaning Tower of Dallas” finally went down on Monday afternoon, one week after it’s scheduled demolition and two weeks after a failed building implosion.

The company hired to demolish the old 11-story Affiliated Computer Services building failed on its first attempt at an implosion two weeks ago Sunday. The core of the building, where the elevators and stairwells were, remained standing at an angle for a week and became a viral sensation.

Last Monday, the tower was set to be demolished. But a smaller-than-expected wrecking ball meant the tower lived for another week.

According to the demolition company, OSHA regulations require the weight of the wrecking ball to not exceed fifty percent of the crane's rated load. So for a week the wrecking ball slowly chipped away at the building.

It finally fell just before 3:30 p.m. on Monday afternoon. 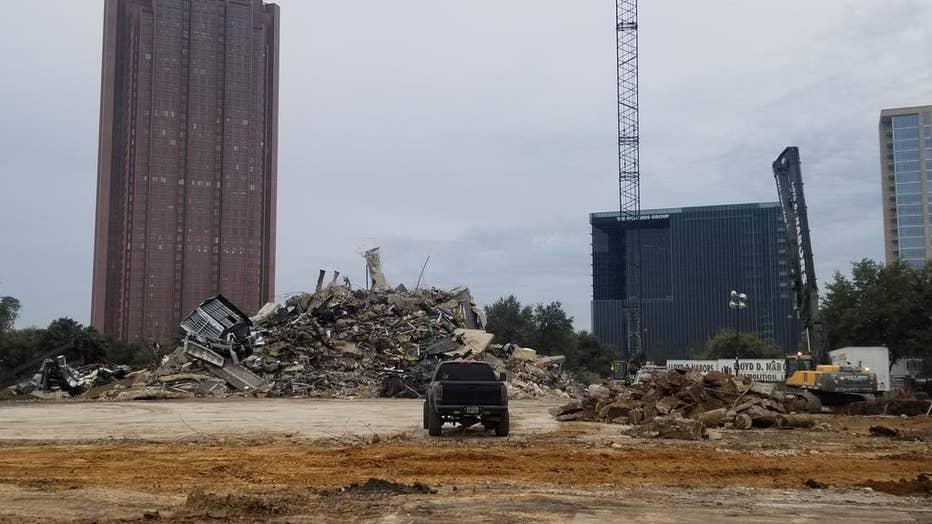 ‘Leaning Tower of Dallas’ demolition could take days or weeks, company says after Day 2 of work

Part of Dallas building stays up after Sunday morning implosion