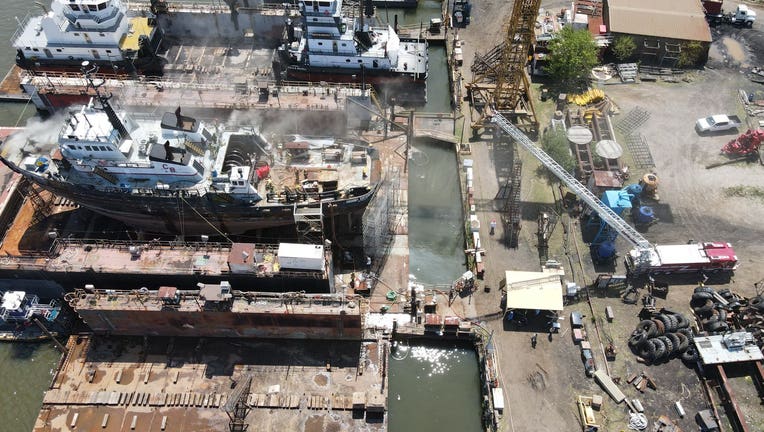 HOUSTON - A ship caught fire Friday while firefighters say it was undergoing repairs in east Houston.

Crews were called to the 8500 block of Cypress Street Dock #2 after receiving calls of a ship on fire. Preliminary details are the ship was undergoing repairs when the fire occurred.

At last check, officials said the fire appeared to be under control, but firefighters were still working to extinguish the remaining hot spots.

No injuries were reported, and it's unclear what the ship was carrying, as of this writing.