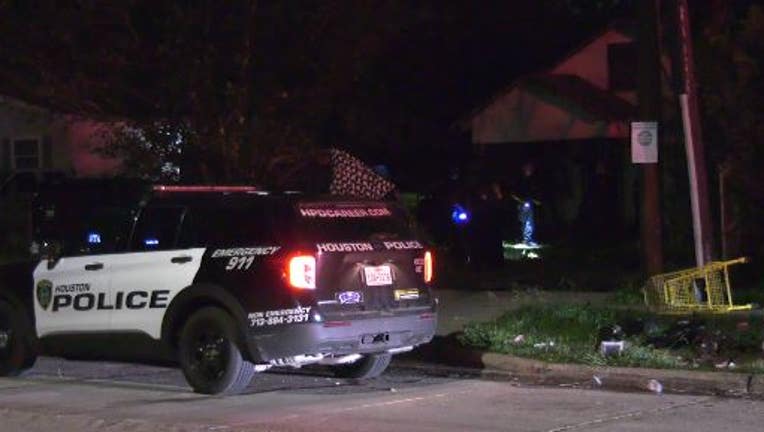 HOUSTON - Officials say two suspects are on the run for robbing a homeowner and shooting another man during a robbery in northeast Houston Friday night.

It happened in the 4500 block of Pickfair St. around 9:30 p.m. when Houston police say officers received reports of a shooting and found one man with several gunshot wounds.

Around the same time, authorities said another man believed to be the homeowner was pistolwhipped.

Based on preliminary information from HPD, the two men were hanging out in the home, when two robbers came through the yard by coming into through the backdoor left open.

The homeowner was pistolwhipped and $600 was taken out of his wallet while his friend was shot before the robbers took off.

EMS treated the homeowner at the scene but rushed his friend to the hospital in serious condition.

The two suspects are still at large, as of this writing.