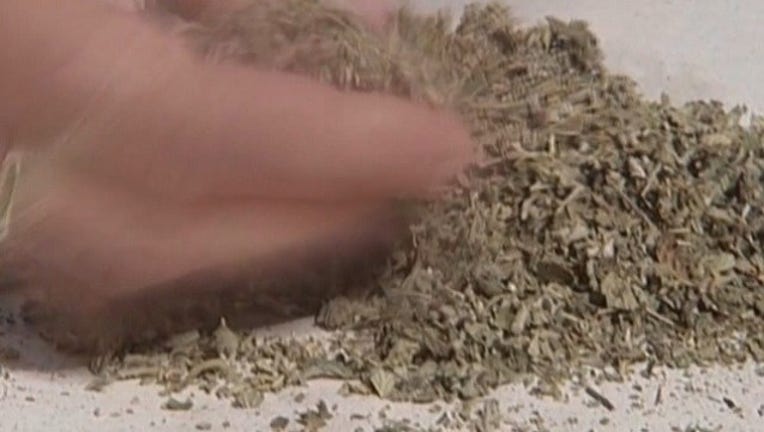 No parent wants their teenagers experimenting with drugs or even worse spending the rest of their life in jail.  But what if you found out they were getting away with risky behavior right in front of your eyes and you had no idea?

If that were your child, you’d ask: when did it start? And how did I not realize what was going on?

“The main thing that really concerns us is that children themselves are so impressionable. And they’re so swayed by what’s going on with their friends,” Dale said.

We all know peer pressure is nothing to take lightly.  Deputies say when it comes to teens and drugs the sky is the limit and even more frightening, any child could be doing it right in front of your face.  Call it hidden in plain sight.

“I’ve seen individuals core out apples put screens in them. Then pack them with marijuana then ingest the marijuana by lighting it through the apple it’s supposed to create some kind of flavor for the marijuana,” Dale said.

“This actually looks like a cigarette lighter.  It’s actually a pipe it has a hole on the end that’s where you would ingest the smoke,” Dale said.

Or take this WD 40 can.  Yes you can actually use it for what it’s for, but take a close look.

“It exposes a void and you could put a bunch a jewelry or money or narcotics, something you want to hide from your parents or law enforcement,” Dale said.

And these little tubes known as glass roses can be bought in many convenience stores.

“What its real intended use is for on the street it’s called a stray and it’s used to ingest and smoke crack cocaine,” Dale said.

Synthetic marijuana they say has deputies working around the clock.  Emily a teen in Cypress tried it one time and is paralyzed for life.

“Who knows who’s putting these chemicals on here…they’re not chemists. We know that. They’ve probably never seen a lab,” Dale said.

Many times parents want to be their child's friend but when do they need to draw the line?

“Be curious, be nosy about what you’re kids are doing.  It’s our responsibility to make sure they’re safe,” Dale said.

Also talk to your children, be honest with them, and ask questions.  Deputies say if you’re worried about something bring it to them and they can tell you what it is.  They say not asking questions first could be a matter of saving your child’s life.