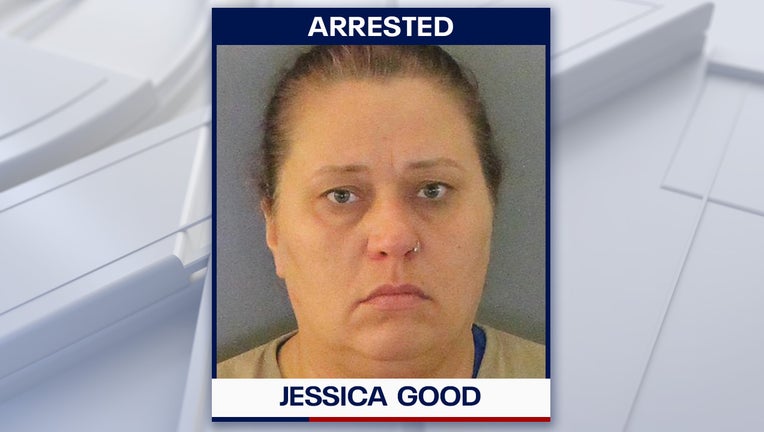 PORT CHARLOTTE, Fla. - A Florida woman is accused of sexually assaulting a 17-year-old boy after crashing a child's birthday party in Port Charlotte.

The Charlotte County Sheriff's Office arrested 43-year-old Jessica Rae Good of Punta Gorda last Wednesday after the teen told an employee at his high school that he had been raped.

According to investigators, the incident happened May 9 after a teen's birthday party at the home.

The sheriff's office said Good and another woman returned to the house around 2 a.m. after a night of drinking.

After her friend went to bed, authorities said Good continued to "hang out" with the teens while allegedly making "extremely inappropriate sexual comments" and giving alcohol to the 17-year-old.

A 12-year-old girl at the party told deputies she had fallen asleep on a bean bag, only to be awoken by the sounds of two people having sex just a foot away from her on a loveseat.

According to an arrest affidavit obtained by the Port Charlotte Sun, the girl said the 17-year-old boy whispered to her to help him.

At one point, the teen got up to use the bathroom and vomited, the 12-year-old girl told investigators. When he returned to the room, the sheriff's office said the sexual activity resumed.

RELATED: Sheriff: Suspect who beat, kidnapped woman arrested after more than a week on the run

Immediately after, Good retrieved her clothing and belongings and left the home, the sheriff's office said.

According to the Port Charlotte Sun, the boy later told deputies Good forced herself on him while he was sleeping, and claimed he could not push her away because she was too heavy. Jail records indicate Good is 5 feet 9 inches tall and weighs 250 pounds.

The sheriff's office said it is illegal in Florida for an adult who is 18 or older to have sex with a minor under the age of 18, even if the sex is consensual, though they said certain exemptions exist.

During her arrest, Good reportedly told deputies she had "blacked out" and said she didn't remember most of the incident.

Good was charged with two counts of unlawful sexual activity with a minor and two counts of child abuse. She was released on $150,000 bond.