SURFSIDE, Fla. - Officials in Florida have confirmed the death toll of the June 24 Champlain Towers South condo collapse has risen to 86.

"Please pray for all of those who've lost loved ones and whose hearts are broken from this unspeakable tragedy, and for those who are still waiting," Levine Cava said at a Saturday morning news conference. 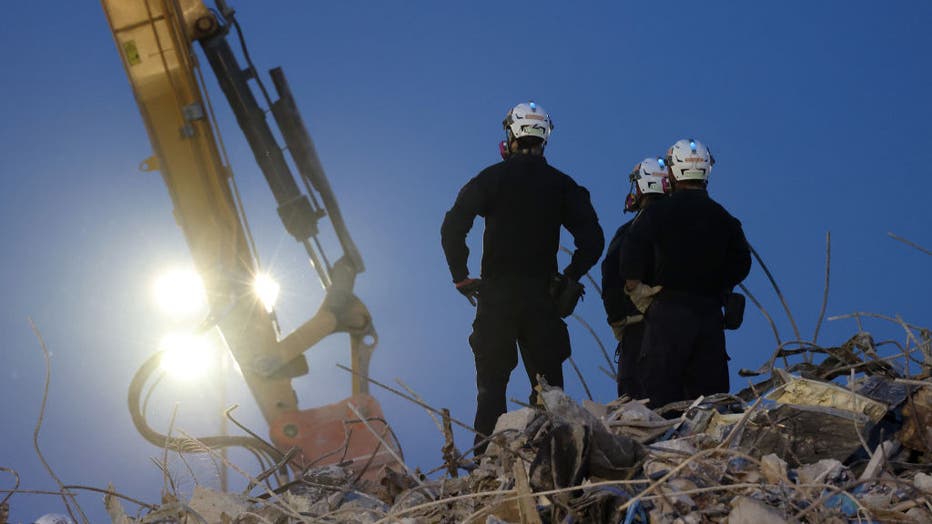 Search and rescue workers oversee an excavator dig through the rubble of the collapsed 12-story Champlain Towers South condo building on July 9, 2021, in Surfside, Florida. (Photo by Anna Moneymaker/Getty Images)

"We were forced to pause work briefly at around 7 a.m. due to lightning strikes," Levine Cava said, "but the work resumed within an hour."

The mayor expects bad weather to plague the collapse site all day, but she said recovery efforts will continue.

High-rises have come under tighter scrutiny since the Champlain Towers collapse. Crestview Towers, a condominium complex roughly five miles from Champlain Towers, has been evacuated after a review of the building determined it was unfit for occupation.

And according to the Associated Press, the Miami-Dade County Courthouse will begin undergoing repairs immediately after a review found that safety concerns exist within the courthouse, officials said.