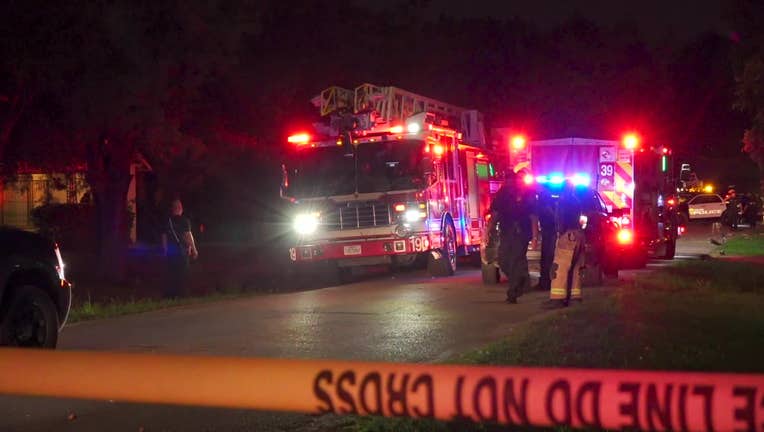 Firefighters and police respond to the scene of a crash on Wayne Street.

HOUSTON - Authorities say a driver is being charged with manslaughter after a deadly crash in northeast Houston.

According to Houston police, a red pickup truck was traveling northbound at a high rate of speed when the driver is believed to have hit a dip in the road and lost control of the truck.

Police say the truck struck a light pole and rolled several times before coming to a rest in front of a house.

A female passenger died at the scene. The male driver was taken to the hospital with minor injuries.

Sean Teare, Chief of the Harris County District Attorney's Office Vehicular Crimes Division, says they have accepted charges of manslaughter against the driver. Teare says the man is believed to have been driving recklessly.