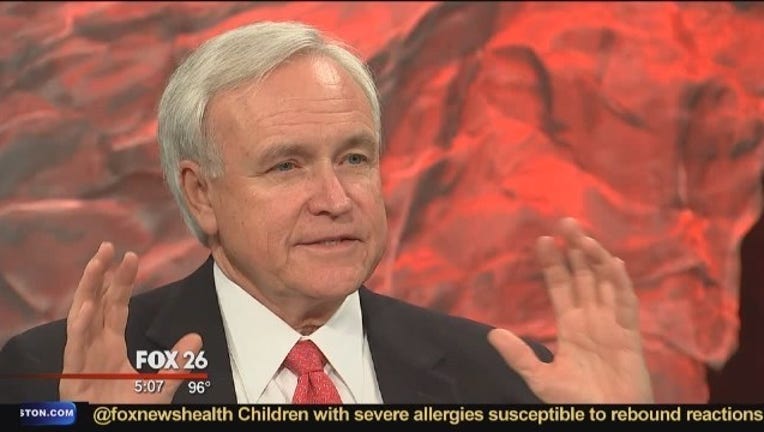 Columnist and lawyer Bill King is running for Mayor. On his website, the candidate boasts of "co-chairing" the successful 2012 campaign to pass $1.9 billion worth of bonds to support Houston ISD.

But in an August 2012 news release the pro-bond campaign Citizens For Better Schools named Bobby and Phoebe Tudor as the Co-Chairs, with no mention of King. The candidate's spokesperson says King was "campaign chairman", a position he performed without pay.

But that doesn't mean King wasn't bringing in plenty of income. Invoices reviewed by Fox 26 show that between January and December of 2012 King billed Houston ISD more than $52,000 for "services rendered".

That's led investigator Wayne Dolcefino to question whether King had a conflict of interest, effectively to persuade voters to give HISD more money while he was clearly on the District's pay-roll.

"The documents are clear. Bill King was on HISD's payroll during the Fall 2012 bond campaign, no ifs ands or buts about it. Whatever he was doing, he was on their payroll as a government relations lawyer, a lobbyist. What was he doing?" said Dolcefino, who lists Mayoral Candidate Ben Hall as a client.

King's campaign says their candidate has a 20 year history of working for HISD and in 2012 was employed on issues like the North Forest consolidation, Federal grants and the upcoming Texas legislative session.

It was work King claims to have been doing in addition to a leading role in the biggest school bond campaign in Texas history.

Dolcefino says King needs to deliver proof of what he was doing by releasing e-mails requested under the Open Records Act between himself and HISD superintendent Terry Grier.

"Everybody is fighting real hard to keep these e-mails a secret and Bill King today could fix it," said Dolcefino.

After hearing of the Dolcefino inquiry, King told Fox 26 he has encouraged HISD to release the e-mails because he has nothing to hide.

The candidate also told Fox 26 Dolcefino's attack is inspired by a grudge dating back to the days when the investigator worked as a reporter for KTRK-TV and King challenged what he called a "lie" and threatened litigation against the station.

Dolcefino says the revelation that King was on the HISD payroll during the bond election resulted from an inquiry launched three years ago by a client unrelated to candidate Ben Hall.

"If HISD used taxpayer money to pay Bill King or Joe Blow or whoever to influence that election, that is wrong. They used the voters money. That's not the way it was supposed to work in America," said Dolcefino.