A New Jersey couple used a wrestling match to learn the gender of their unborn child. (Credit: Ronald Cameron via Storyful)

CINNAMINSON, N.J. - A New Jersey couple found out they were having a baby girl with a gender reveal party inspired by professional wrestling.

Two wrestlers stepped inside the squared circle on June 19 — one wearing pink and the other wearing blue. Ronald Cameron and his partner watched the two duke it out in front of a crowd of spectators eager to learn the baby’s gender.

Much like the pre-determined nature of professional wrestling, the match included well-rehearsed stunts and dramatic false finishes. 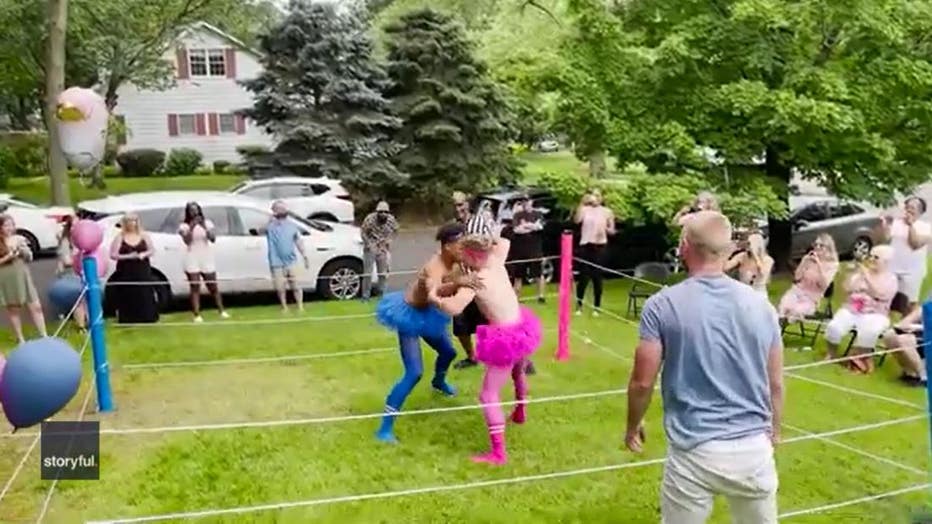 Two wrestlers stepped inside the squared circle on June 19— one wearing pink and the other wearing blue. (Credit: Ronald Cameron via Storyful)

The performance concluded with a classic wrestling trope: the distracted referee missing the outside interference. At one point, the referee turned his back to the wrestlers as he argued with someone out of the ring.

The referee turned around just in time to deliver the three count, declaring pink the winner and signaling the baby will be a girl.