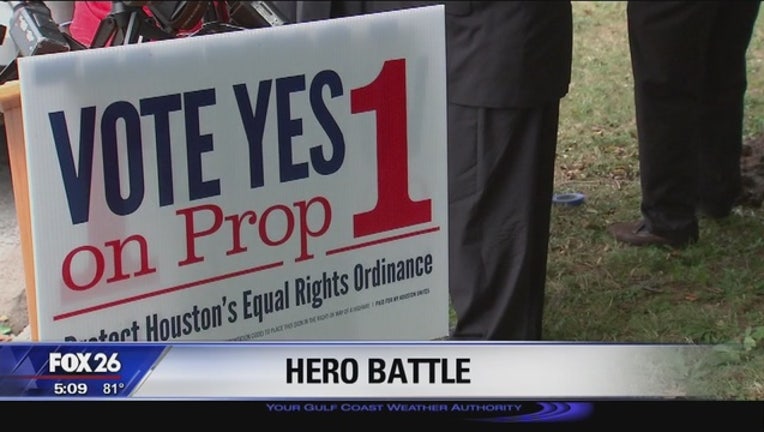 HOUSTON (FOX 26) - It’s been a hot topic for our city, the battle over Houston’s controversial equal rights ordinance will soon be coming to an end.  But not without a good push from both sides adamant to have the final say.  Supporters and opponents continue to address the bathroom issue.

“This is not about restrooms this is not about anything than protecting the civil rights of all individuals in this city,” Houston NAACP President Dr. James Douglas said.

It remains the biggest point of contention.  Both sides get riled up bringing up how HERO could affect you using the bathroom.  Those from Houston’s NAACP Chapter who are strongly for the ordinance say it does not give men the freedom to enter a women’s bathroom.

“The answer is no and is so crazy the ad says ‘look I can wake up one day and decide that I'm a woman and go into the women's restroom.’ The answer is no,” Dr. Douglas said.

They say opponents are using the bathroom issue as a scare tactic.  They say the same case was made back in the 60s with Civil Rights.

“We can remember the country was told not to discriminate because to do so would allow African Americans to rape white women in the restroom.  This is not anything new,” Supporter Dallas Jones said.

On the flipside, faith leaders say it comes down to protecting your wives and daughters going into a public restroom.

“Th idea that a thought a man, a pervert, a self-identified individual can go in on them in a restroom situation that bothers me tremendously,” Bishop Bryant said.