Rocky Matthews, 57, tells FOX Television Stations he believes a bald eagle is responsible for killing dozens of lambs on his Idaho farm.

MURTAUGH, Idaho - A farmer in Idaho recently discovered something unexpected was killing dozens of lambs on his property.

Rocky Matthews said he’s never had a problem with eagles nesting on his land for the past 20 years, but now he’s discovered that at least one of them has killed 54 of his lambs over the past several weeks.

Matthews, 57, said the series of attacks started in April and lasted until May on his farm in Murtaugh, Idaho, about 150 miles southeast of Boise.

Matthews said in the beginning, he found his sheep dead with puncture wounds and thought someone either shot them or another animal had pecked the corpse.

Then one day, he said he caught the bird in the act while tending to his flock.

"And then all of a sudden, he [the eagle] swoops down and basically lands on top of one and then just takes off," Matthews told FOX Television Stations Sunday. "I go over there and here’s the puncture wounds."

He said the eagle didn’t carry off the lamb, but just attacked it and left. He believes the same eagle has been responsible for the attacks.

Matthews said he reached out to the Idaho Department of Fish and Game and the U.S. Fish and Wildlife Services, who sent an officer to visit the farm. 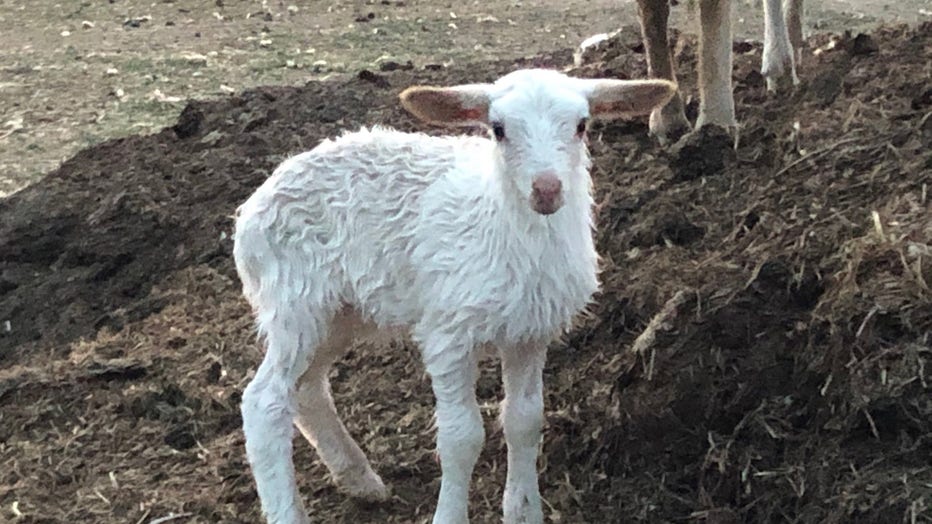 Matthews said the nest remains on his property and that the eagles still pose a threat to his livestock. He said he could have obtained a hazing permit that would have allowed him to make noise to scare off the eagles but decided against it after noticing a female eagle had laid eggs.

"The eggs wouldn’t have hatched," he continued. "And then you’d be affecting the next crop of bald eagles."

Since then, Matthews said the eggs have hatched, but he still doesn’t want to disturb the nest because it would bother - and possibly starve - the eaglets.

RELATED: How to transition your pet into post-pandemic life as reopening continues

One challenge for Matthews is the country’s Bald and Golden Eagle Protection Act. The eagle is the national emblem for the U.S. The act prohibits anyone from taking an eagle or disturbing its nest without a proper permit. A criminal violation could result in up to two years in prison and a $250,000 fine.

Matthews said he has moved his livestock away from the nest. He also is considering building a structure to house his lambs to protect them from any eagles.

Matthews said the eagles usually feed on carp at the nearby Murtaugh Lake. However, he said the area had a brutally cold spring, dropping the water temperature in the lake and shortening the carp supply. He believes this led eagles to look for other food sources.

He said the attacks didn’t really bother him as he is used to death on a farm. However, he said his wife is more disturbed because she has grown attached to the lambs.

"When you live life on a farm, I hate to say that death is an everyday occurrence, but you’re always dealing with sickness, wounds, death," he added. "It doesn’t tear me up inside."

"I just think it was kind of the perfect storm of lamb versus eagle situation," he added, calling the eagle attacks rare. "I think it just came to be."