Houston-area woman paints portrait of Bad Bunny, he offered to buy it

An Aldine woman who was recently laid off, decided to spend her extra time painting. Well one of her portraits caught the attention of the subject: Bad Bunny. He offered to pay for it.

ALDINE, Texas - Cynthia Coronado of Aldine decided to pick up her paintbrush again after losing her job two weeks ago. The focus of her first quarantine project was a portrait of Latin Trap/Reggaeton artist Bad Bunny. Now, she’s finding that passion has been reignited after all the attention she has received.

“I focus more on portraits just because I like the uniqueness of every single face that I get to paint.”

The 22 year old tells FOX 26 she always had a passion for painting.

“I didn’t have many opportunities in the art world, especially as a college student...I got a job and I ended up going into psychology as my major. So yes, art definitely took a backseat.”

Coronado was laid off from her administrative job on April 4, and with no unemployment check in sight, decided to put her energy into painting a portrait of one of Bad Bunny’s Instagram photos. 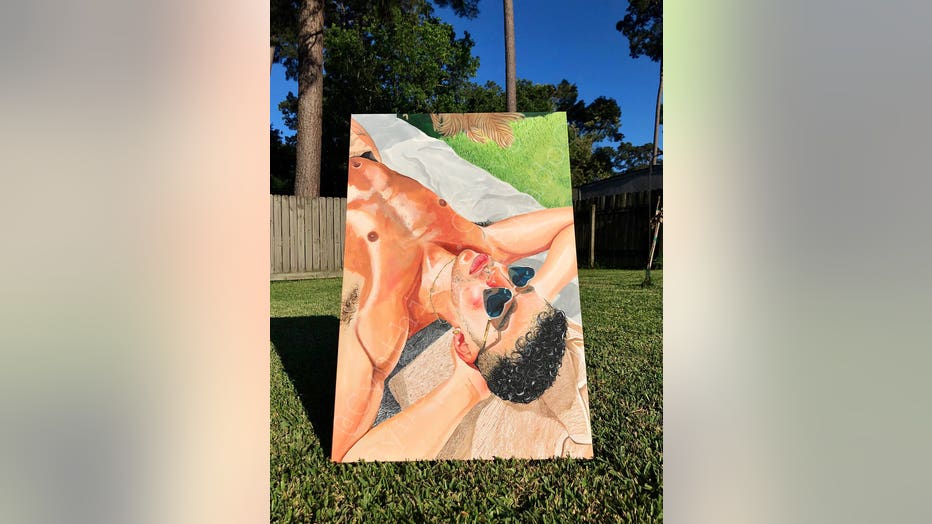 “Many see this image as very simple, but it’s a very detailed image. Where as far as the grass, the shadows, the contrast, the sun creates a lot of different colors on the skin itself, and I know it’s something difficult to do, and I only paint with primary colors.”

“I only had 12 followers at the time, so I didn’t think anything was going to happen at all. But then with the power of the internet, a lot of shares, a lot of likes and everything two days later I got a tweet from him.“ 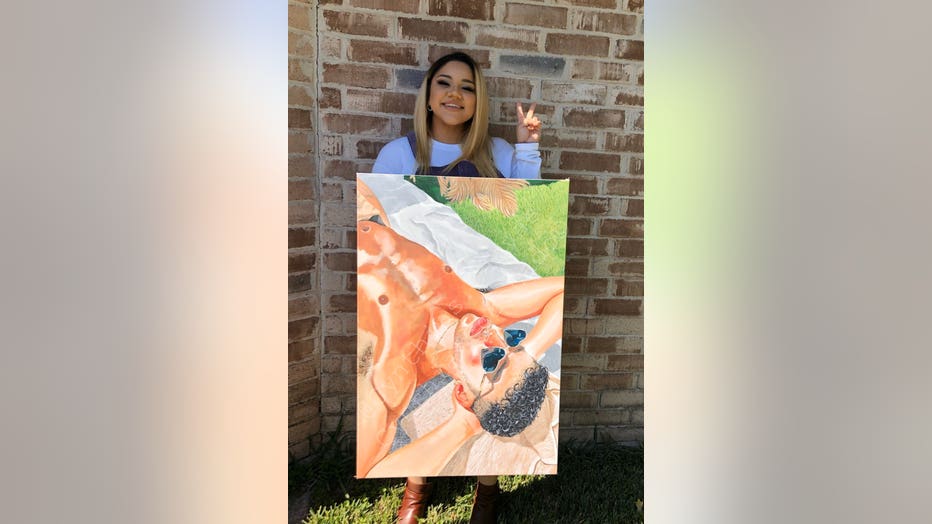 Bad Bunny retweeted the post and added that he liked the painting, and would give her $5,000 for it.

“When I found out that he was interested in buying it, that’s when like tears started rolling, and just how happy I was.” Coronado says her requests for portraits is blowing up, all because of the social media posts.

She says she glad she decided to pick up her brushes again, and follow her heart. She says “Not everybody gets this opportunity, this quick especially, so I am definitely motivated more than ever now to pursue it 100%.”

Coronado is currently working out the details of the transaction, and when she receives the money she wants to put it into starting her art business.