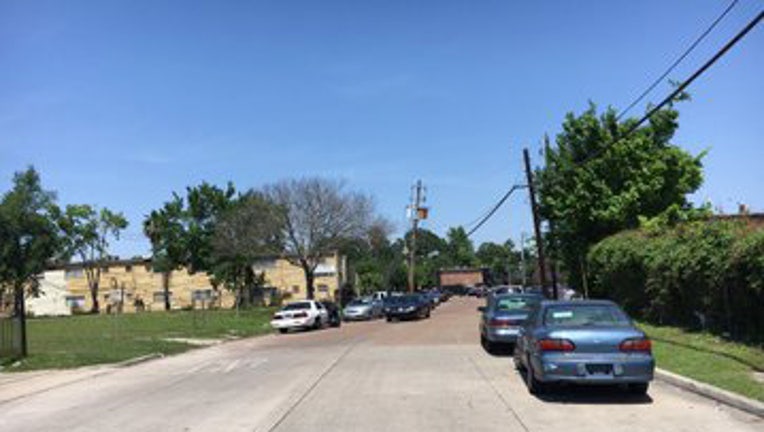 HOUSTON - Three suspects have been arrested in connection to a shooting that injured two teenagers in Houston.

The shooting occurred at an apartment complex in the 5600 block of Royal Palms Street around 1:10 p.m. Tuesday.

The female victims, ages 17 and 18, were both taken to the hospital with injuries that are not believed to be life-threatening.

According to police, the victims and other women began fighting inside the apartment complex. After the fight stopped, police say an unknown suspect, described only as a black male, chased the two teens and shot at them as they ran into an apartment.

Both teens were struck. The unknown suspect then fled the scene on foot.

Police say Melandey Faniel and Joycelyn Faniel initially fought with the victims. They were arrested and charged after investigators learned they had urged the unknown suspect to shoot the victims as they fled, HPD says.

Police say Albert shot at the unknown suspect but missed him and shot towards other apartments where residents were living.  He was also arrested at the scene.

Anyone with information on the identity of the unknown suspect or in this case is urged to contact the HPD Major Assaults & Family Violence Division at 713-308-8800 or Crime Stoppers at 713-222-TIPS.