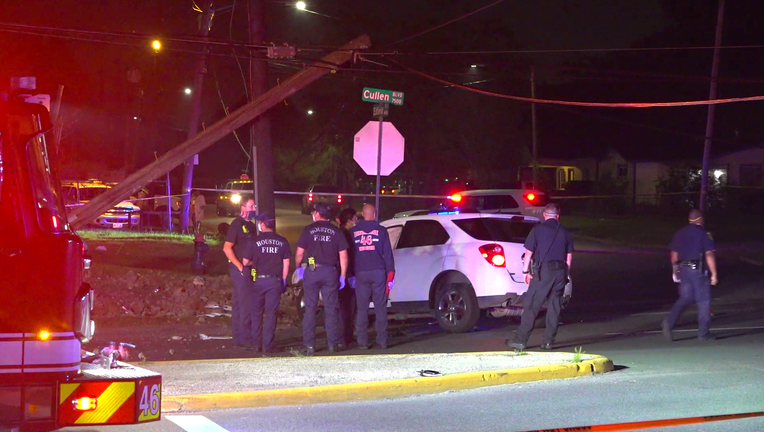 Police say two men were fatally struck by an SUV in southeast Houston.

HOUSTON - Police say two men died after they were struck by an SUV while crossing the street in southeast Houston.

The crash occurred around 11 p.m. Monday in the 7600 block of Cullen Blvd.

According to the Houston Police Department, the two men, both 38, were crossing Cullen, not in a crosswalk, when they were struck by an SUV.

After striking the pedestrians, police say the driver then crashed into a light pole.

The two pedestrians died at the scene. The driver was taken to the hospital with non-life threatening injuries.

The investigation is ongoing. No charges have been filed at this time.