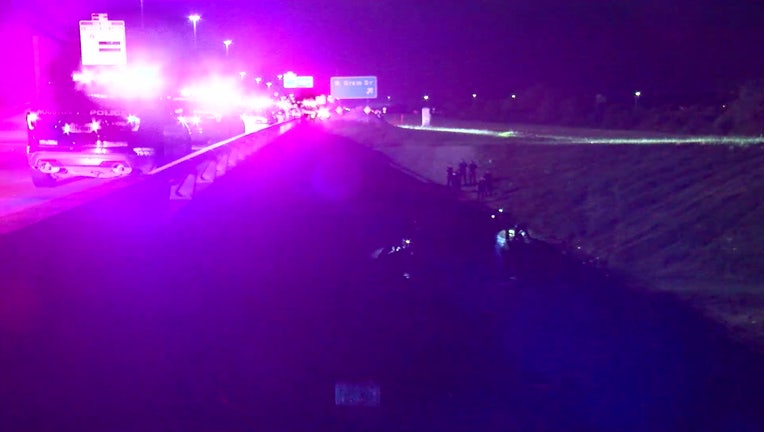 A police chase ended when a car crashed into a bayou.

HOUSTON - Two people were taken to the hospital with major injuries after a car crashed into a bayou during a police chase.

Houston police say the pursuit began before 3 a.m. Monday when officers attempted to stop a vehicle that came back as stolen.

The pursuit started near Cullen and Yellowstone, went onto 610 and then 288.

Authorities say the suspects left the roadway near 288 and Orem, the vehicle went down an embankment into Sims Bayou and then flipped onto the other side.

A male driver was ejected during the crash and a woman was pinned inside the vehicle.

HFD extricated the woman from the vehicle, and they were both taken to the hospital with major injuries.