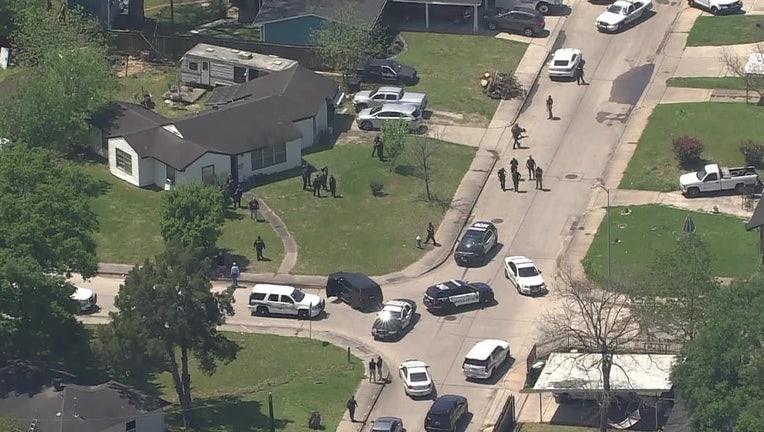 Authorities at the scene where a chase ended on Crestville in southeast Houston.

HOUSTON - Authorities say shots were fired during a chase in southeast Houston.

Around noon, the Harris County Pct. 1 Constable’s Office said the suspect vehicle, a silver Dodge truck, was traveling southbound on I-45 near Telephone Road.

A few minutes later, the constable’s office said shots were fired by a suspect during the chase in the 6500 block of Crestville.

At 12:14 p.m., the constable’s office said the chase was over, and the truck and occupants were at large.

About an hour later, the Houston Police Department said they were responding to the 6500 block of Crestville. According to police, a deputy constable discharged a weapon at two suspects. No injuries are reported at this time.

Houston police say one suspect is in custody and the other is being sought.

The police department says they are investigating because the incident occurred in the city limits.