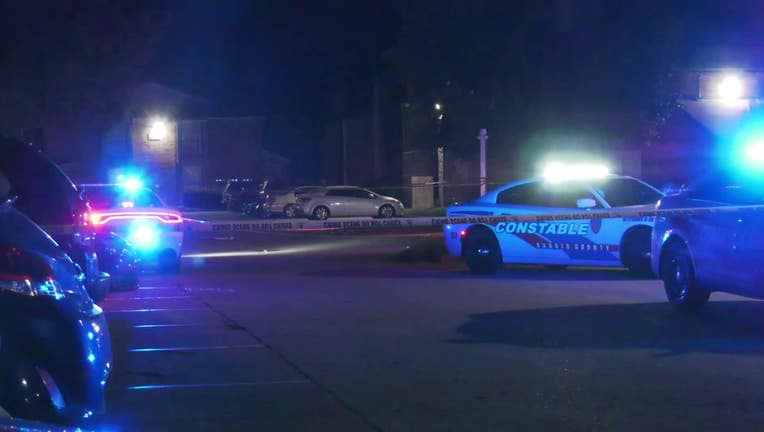 Authorities investigate a shooting on Stonefield in north Harris County.

A man died after he was shot by his girlfriend’s ex-boyfriend in north Harris County on Thursday night, the sheriff’s office says.

Officials say HCSO Homicide Unit investigators are in the process of filing murder charges against the ex-boyfriend for the death of Carlos Mena.

Deputies say Mena was in the parking lot with his girlfriend when they were approached by her ex-boyfriend. According to the sheriff’s office, the girlfriend told investigators that her ex-boyfriend shot Mena with a shotgun before fleeing the scene.

Mena was taken to the hospital, where he was pronounced deceased.