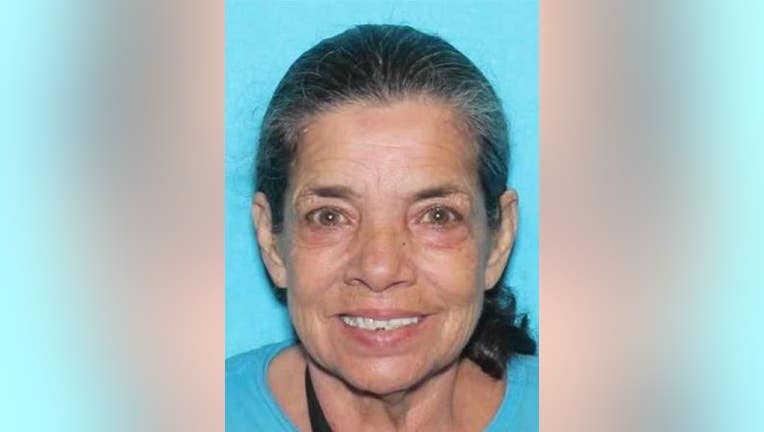 HOUSTON - A 66-year-old woman with dementia was reported missing from north Houston.

Rebecca Trujillo was last seen at her home in the 4400 block of Fulton at 7 a.m. Tuesday.

Trujillo is described as a white female, 5’2” tall, 130 pounds with brown hair and brown eyes. She was last known to be wearing a blue tie-dye Superman t-shirt with yellow shorts.

Trujillo has reportedly been diagnosed with dementia, according to police.

Anyone with information on her whereabouts is asked to call the Houston Police Department Missing Persons Unit at (832)394-1840.