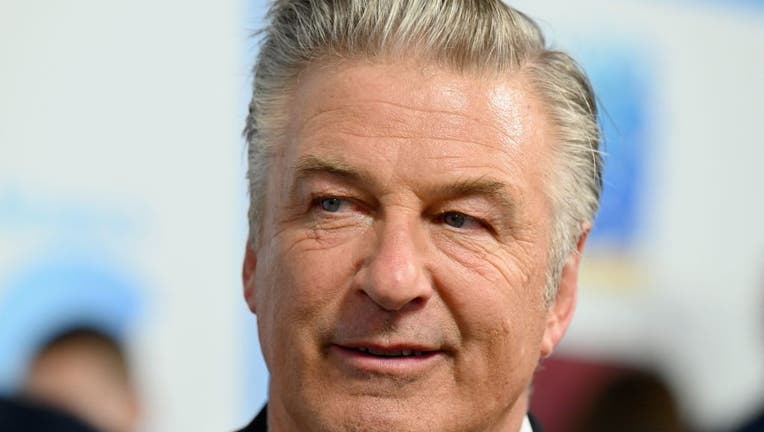 ALBUQUERQUE, N.M. - A crew member says she has raised safety concerns in the past about the assistant director who authorities say unwittingly handed actor Alec Baldwin the prop gun that killed a cinematographer on a film set.

Maggie Goll, a prop maker and licensed pyrotechnician, said in a statement that she filed an internal complaint with the executive producers of Hulu’s "Into the Dark" series in 2019 over concerns about assistant director Dave Halls’ behavior on set. Goll said in a phone interview Sunday that Halls disregarded safety protocols for weapons and pyrotechnics and tried to continue filming after the supervising pyrotechnician lost consciousness on set.

This week’s fatal shooting and some of her previous experiences point to larger safety issues that need to be addressed, Goll said, adding that crew member safety and wellbeing are top issues in ongoing contract negotiations between a union that represents film and TV workers and a major producers’ group.

"This situation is not about Dave Halls. ... It’s in no way one person’s fault," she said. "It’s a bigger conversation about safety on set and what we are trying to achieve with that culture."

Baldwin fired a prop gun on the New Mexico set of the film "Rust" Thursday, killing 42-year-old Halyna Hutchins and wounding director Joel Souza, who was standing behind her.

The gun Baldwin used was one of three that a firearms specialist, or "armorer," had set on a cart outside the building where a scene was being rehearsed, according to court records. Halls grabbed a gun off a cart and handed it to Baldwin, indicating that the weapon was safe by yelling "cold gun," court papers say. But it was loaded with live rounds, according to the records.

Baldwin, 63, who is known for his roles in "30 Rock" and "The Hunt for Red October" and his impression of former President Donald Trump on "Saturday Night Live," has described the killing as a "tragic accident."

Goll said it should not have happened because there are "so many steps that you have to go through ... that the possibility of it even getting there should be impossible."

Actor Ray Liotta agreed that the checks on firearms are usually extensive.

"They always — that I know of — they check it so you can see," Liotta said in an interview Sunday at the Newport Beach Film Festival. "They give it to the person you’re pointing the gun at, they do it to the producer, they show whoever is there that it doesn’t work."

Baldwin, who is a producer on "Rust," met with Hutchins’ husband and 9-year-old son Saturday at a hotel in Santa Fe where the actor had been staying during filming. Baldwin and Hutchins’ husband can be seen embracing in a photo published by the New York Post.

A vigil for Hutchins was held Sunday in Southern California, where attendees exchanged tearful hugs and speakers called for heightened safety standards on film sets.

Goll said in her email that during work on "Into the Dark," Halls didn’t hold safety meetings and consistently failed to announce the presence of a firearm on set to the crew, as is protocol. The assistant prop master admonished Halls several times for dismissing the actors before they had returned weapons to the props table, she said.

She became most concerned, however, when the supervising pyrotechnician, who is diabetic, was found unconscious in a chair, she said. Halls wanted to resume filming after the man was removed from the set even though Goll, the remaining pyrotechnician on site, didn’t have the qualifications to supervise the complicated series of pyrotechnic effects that were planned.

"One of the things that stuck out to me most about that day is the fact that he called out on radio over channel one, ‘Hey, Maggie says we can keep going!’ and I basically held the button down so he couldn’t transmit to anyone else on that channel while I yelled out, ‘No, Dave, that’s not what I said. We’re not doing that,’" she recalled in a phone interview.

She filed an internal complaint with the executive producers of Blumhouse Productions about that day, she said.

"To my knowledge nothing was done after my complaints," she said in an email.

"I am gutted at not pushing harder for greater accountability and safety," she wrote. "Many of us have messaged each other wondering the same thing: is there something we could have done then that would have prevented the tragedy?"