ATOKA, Okla. - Reba McEntire was one of multiple people rescued from a historic building in Oklahoma this week after a stairwell collapsed.

Video obtained by News 12 shows the country superstar being assisted out of a second-story window and onto a fire ladder by firefighters in downtown Atoka, Okla.

"We were just touring the building and the stairwell was weak but we did not realize how weak it was until several people had gone down it and then we heard the crash and saw the stairs fall," another visitor at the site named Coby Scherrill recalled to the outlet.

McEntire confirmed to Fox News that she was at the historical building, but was "safely evacuated." 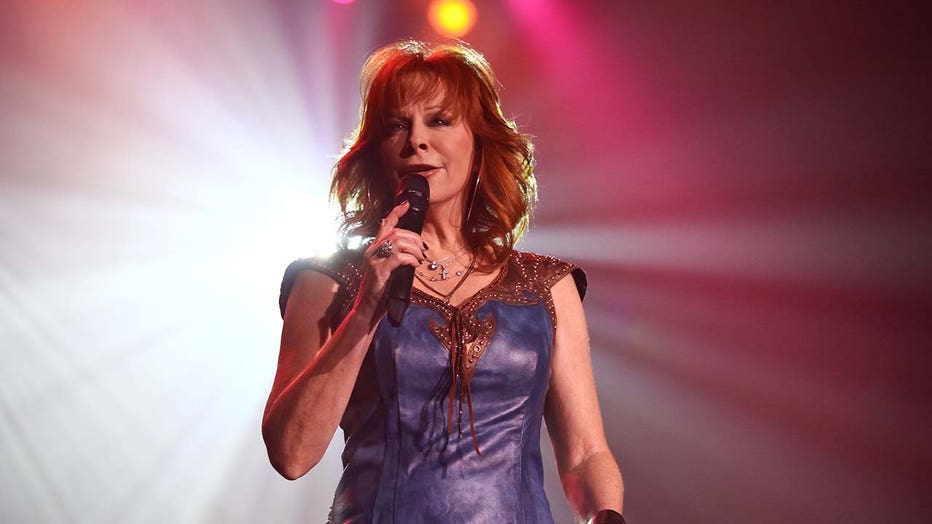 Reba McEntire performs on stage during the International Festival Of Country Music at Wembley Arena on February 26, 2012 in London, United Kingdom. (Photo by Christie Goodwin/Redferns via Getty Images)

"While my team and I were in Atoka, OK yesterday checking out an old historical building, a staircase collapsed," the country music star told Fox News in a statement. "Thankfully, no one was seriously injured. We were safely evacuated from the building thanks to the quick response from the Atoka fire and police departments."

Reports say McEntire was checked by paramedics on site and is ok. Reps for McEntire did not immediately return Fox News' request for comment.

McEntire was reportedly checking out the site for an upcoming project but little details were provided as to what exactly the reason for her visit was.

The building is reportedly over 100 years old.

Get the latest updates on this story on FOXNews.com.