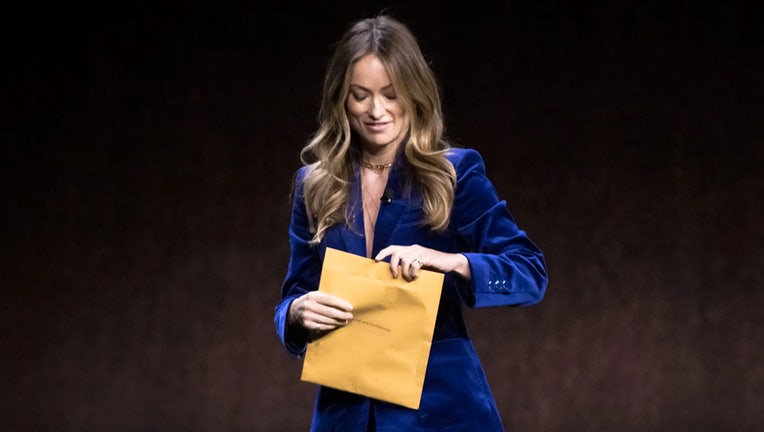 Olivia Wilde was reportedly served custody papers Wednesday during her CinemaCon presentation, according to multiple reports.

Wilde, 38, was on stage discussing her film "Don't Worry Darling" when she was interrupted by a woman with an envelope labeled "Personal and Confidential."

The "Richard Jewell" actress reportedly asked the woman, "This is for me?"

She called the envelope "very mysterious" and decided to "to open it now because it feels like it's a script," according to reports.

OLIVIA WILDE OPENS UP ABOUT HARRY STYLES ROMANCE: ‘I’M HAPPIER THAN I'VE EVER BEEN'

After opening the envelope, Wilde continued on with her presentation without mentioning it again.

It wasn't a script, but custody papers served by a process server. Jason Sudeikis and Wilde share two kids, Otis and Daisy.

"Papers were drawn up to establish jurisdiction relating to the children of Ms. Wilde and Mr. Sudeikis," a source close to Sudeikis told People magazine. 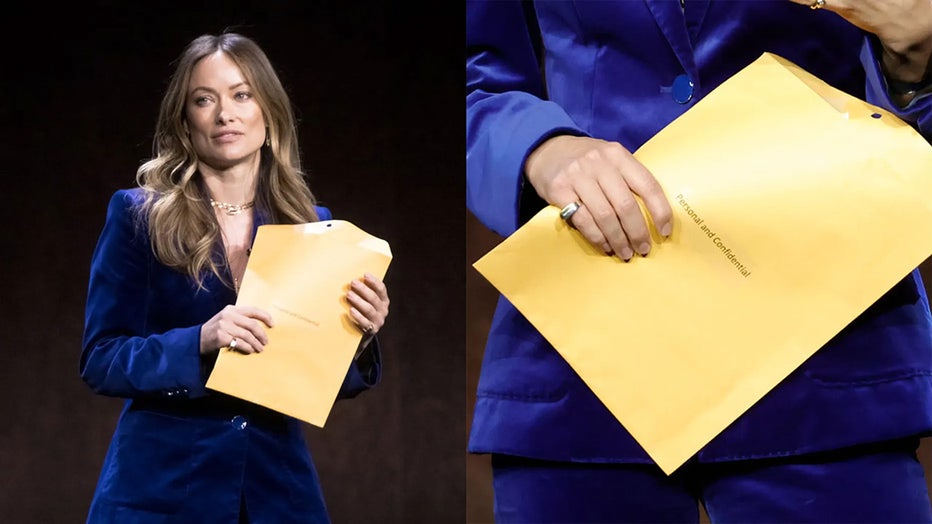 "Mr. Sudeikis had no prior knowledge of the time or place that the envelope would have been delivered as this would solely be up to the process service company involved and he would never condone her being served in such an inappropriate manner," the source continued.

Representatives for Wilde and Sudeikis did not immediately respond to Fox News Digital's request for comment.

Sudeikis and Wilde began a romantic relationship in 2011. Sudeikis proposed to Wilde in 2013, but the two never officially tied the knot. It's unclear when the couple called the relationship off, but they publicly confirmed it in November 2020. 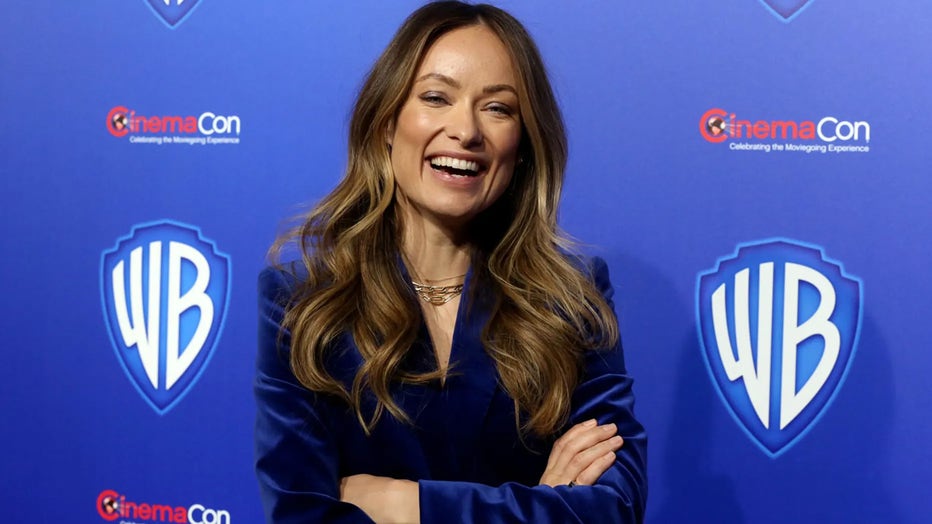 The actor spoke publicly about the split for the first time during an interview with GQ in July.

"I’ll have a better understanding of why in a year, and an even better one in two, and an even greater one in five, and it’ll go from being, you know, a book of my life to becoming a chapter to a paragraph to a line to a word to a doodle," he said.