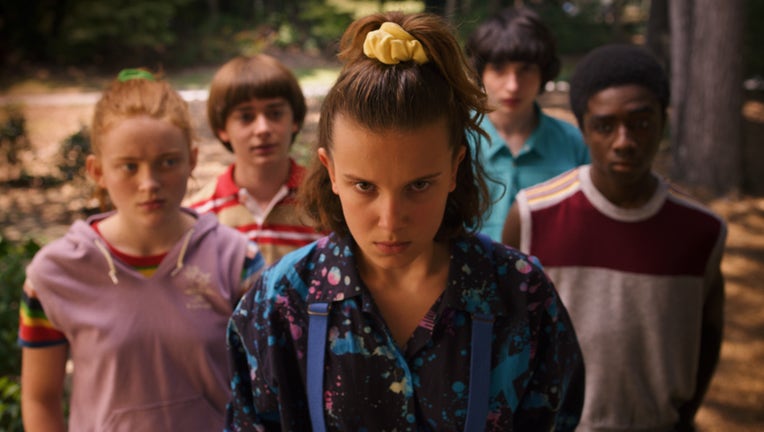 Not much was revealed in the short clip, but it was enough to thrill fans who were bummed out to see a fan-favorite sacrifice himself in the Season 3 finale. (Source: Netflix)

LOS ANGELES - Netflix released a teaser for the upcoming season 4 of its hit show “Stranger Things.”

Not much was revealed in the short clip, but it was enough to thrill fans who were bummed out to see a fan-favorite sacrifice himself in the Season 3 finale.

*Major spoiler beyond this point*

The video shows rail workers in what appears to be Siberia. One of the workers removes his hat and it’s revealed to be a clean-shaven Jim Hopper.

"We’re excited to officially confirm that production on Stranger Things 4 is now underway -- and even more excited to announce the return of Hopper! Although it’s not all good news for our “American,” Netflix said in a news release. "He is imprisoned far from home in the snowy wasteland of Kamchatka, where he will face dangers both human...and other."

Hopper was thought to have been killed in a lab explosion at the end of Season 3.

But almost as soon as the credits started rolling, fans had reason to suspect he survived.

One of the guards is instructed not to feed the American to the monster.

Netflix's news release also hinted at a "new horror beginning to surface" back in the United States.

They described it as "something long buried, something that connects everything."

No release date has been announced for the fourth season.