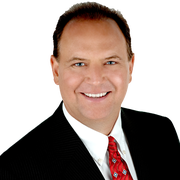 Dr. Jim Siebert is the chief meteorologist and can be seen on FOX 26 News at 5 p.m. and 9 p.m. Dr. Jim holds degrees in meteorology/earth science from Baylor University in Waco, communications from Brigham Young University and science education from the University of New Mexico. He teaches both meteorology and geography at the university level. Jim also has published research and presented the findings of his work at national conferences. One area of focus for Jim's research has been in the implementation of new graphics technologies for broadcast meteorology. Jim began his broadcasting career in Texas working for television stations in Corpus Christi and Waco. Jim also worked at stations in New Mexico and Nevada where he won awards for being the best weathercaster by the Associated Press and Electronic Media Awards. More recently he was the director of meteorological operations for a weather consulting company in Houston. Jim is currently producing a series of children's books that teach meteorological concepts through stories and put children as the main characters in the plot. Dr. Jim holds the AMS Certified Broadcast Meteorologist (CBM) seal and his HAM radio license, which he uses when storm chasing. Jim and his wife, Debra, have four children. Jim's hobbies include most outdoor activities, going on dates with his wife, and playing with his children who have boundless energy