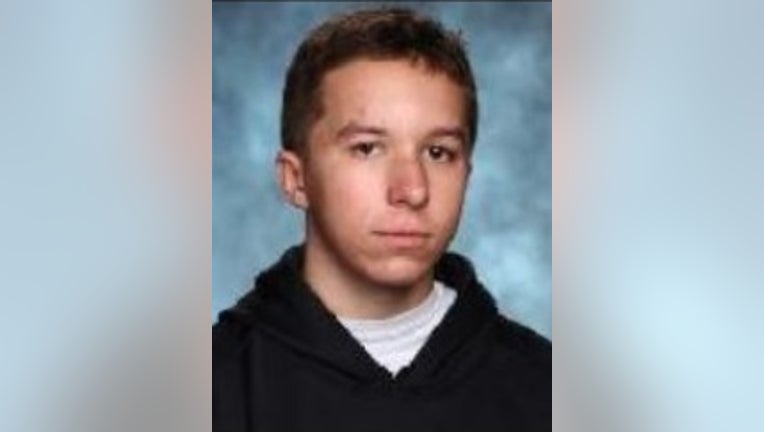 FAUQUIER COUNTY, Va. - UPDATE: The Fauquier County Sheriff's Office says Levi Norwood, wanted for the murder of his mother and brother, has been apprehended in North Carolina.

"He was taken into custody after store employees called in a shoplifter to police. The 2007 Toyota Camry Levi Norwood was reported to be driving has also been recovered at the time of his arrest," the Sheriff's Office wrote in an update.

Sheriff’s detectives are enroute to North Carolina at this time.

Have you seen Levi Norwood?

Authorities in Virginia say the 17-year-old is wanted in connection to the killing of his mother and 6-year-old brother on Valentine's Day.

The Fauquier County Sheriff's Office says they responded to a shooting on Friday around 6:00 p.m. in Midland.

"Deputies were called to a residence in the 12800 block of Elk Run Road by a male caller who advised he had been shot by his son," the Sheriff's Office wrote on Facebook. "The caller further stated when he walked into his home he observed his wife and young son shot to death. The caller was confronted by his 17-year-old son, identified as Levi Norwood, who fired several gun shots and the caller retreated from the home to safe cover."

The father, identified as 37-year-old Joshua Norwood, was taken to the hospital and at last check is said to be in stable condition.

Authorities said Levi is now charged in the murders of his mother, 34-year-old Jennifer Norwood, and 6-year-old brother, Wyatt Norwood.

During a news conference on Saturday, deputies said a vehicle was reported stolen that they believe Levi may be driving. The vehicle is a red 2007 Toyota Camry with the Virginia tag WNG-7739.

Detectives believe Levi has left the area and that he may have planned to leave the state.

Officials said they do consider him armed and dangerous. Citizens have been urged to shelter in place and secure their vehicles.

"If possible, please bring all pets inside."

Authorities are asking citizens to also check their security camera's in an effort to locate Levi.