WASHINGTON - The Supreme Court will decide whether millions of Americans keep their health insurance, if businesses can refuse service based on their religious beliefs, and other landmark legal questions during its current term.

It’s almost certain that Republicans will further deepen their judicial majority as U.S. senators prepare to confirm Amy Coney Barrett to the bench. If confirmed, Barrett, 48, will fill the seat vacated by the late Justice Ruth Bader Ginsburg, who died in September from complications of pancreatic cancer. 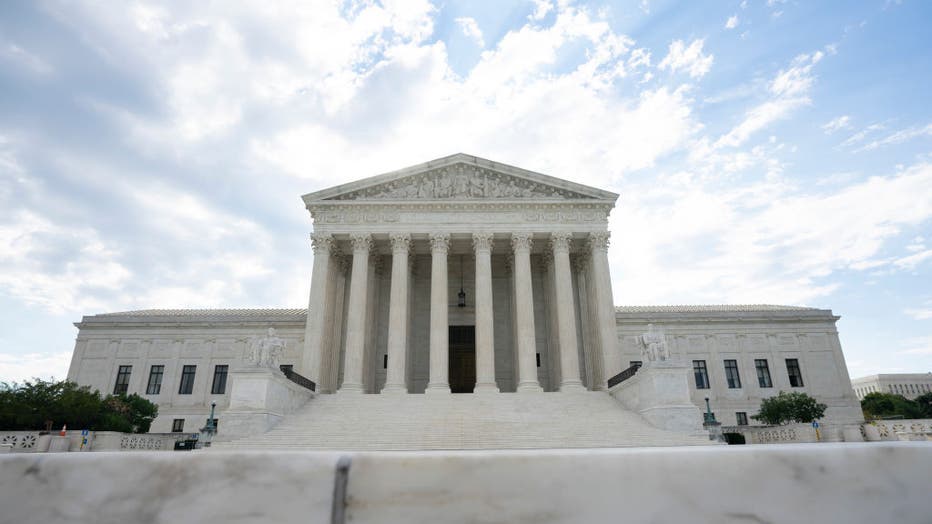 Barrett’s appointment could sway the court to conservatively rule on several big cases on the docket. Here are the top seven:

AFFORDABLE CARE ACT
The justices expect to take up California v. Texas on Nov. 10, which will focus on the constitutionality of the Affordable Care Act. In 2010, President Barack Obama passed the ACA with the mandate that every American must have health insurance or face an income tax penalty.

In 2017, President Donald Trump signed the Tax Cuts and Jobs Act, which essentially got rid of the mandate by reducing the required amount of health insurance to $0. His move delivered Republican lawmakers seeking to completely overturn the ACA a partial victory.

The Congressional Budget Office estimated that dropping the mandate would reduce the federal deficit by $338 billion. The CBO further stated that the number of people with health insurance would decrease by 13 million by 2027, and average premiums could rise.

In 2019, Texas led 19 other states to file a lawsuit in U.S. District Court for the Northern District of Taxes, claiming the ACA was unconstitutional since Trump got rid of the individual mandate. The court sided with Texas, but the law wsn’t overturned.

California then led 17 other states to file an appeal with the Fifth Circuit Court to uphold the ACA. The court agreed that dropping the mandate made certain parts of the ACA unconstitutional, but not all.

Supporters of the ACA worry if the U.S. Supreme Court rules it unconstitutional, millions of Americans will lose their health  care coverage overnight. 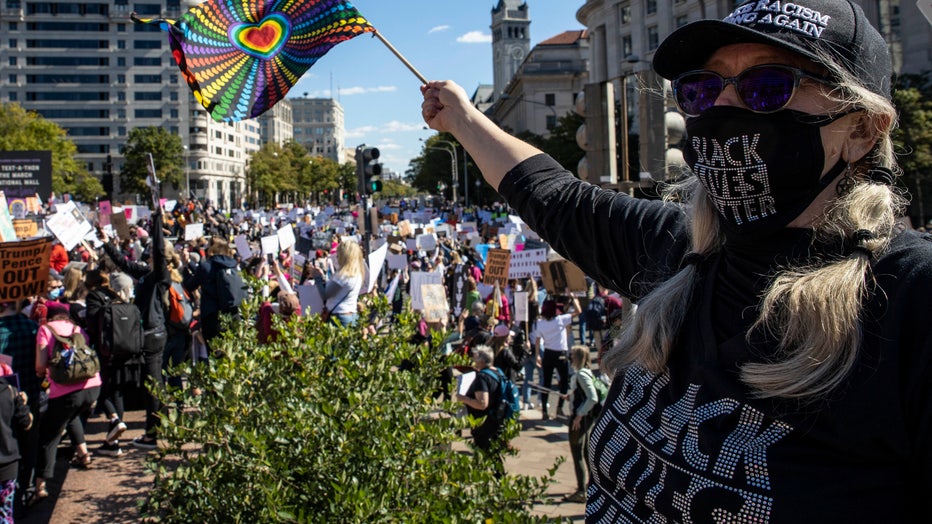 REFUSAL OF SERVICES BASED ON RELIGIOUS BELIEFS

On Nov. 4, the Supreme Court will hear Fulton vs. The City of Philadelphia. The justices will decide whether taxpayer-funded agencies such as foster care providers, food banks and homeless shelters can deny service to the LGBTQ, Jewish, Muslim or Mormon communities based on religious beliefs.

In March of 2018, Philadelphia city leaders learned that Catholic Social Services would not provide foster children to same-sex couples. CSS maintains that the ministry has not had a same-sex couple inquire about wanting foster children since its existence in 1917. The mission stated its religious belief in a newspaper article.

Philadelphia city leaders decided to stop working with CSS to prevent discrimination under the guise of religious freedom. The Third Circuit Court of Appeals sided with the city in its decision. That move forced CSS to petition to the U.S. Supreme Court, seeking to determine if refusing services based on religious beliefs was allowed.

Brownback v. King will go before the court on Nov. 9.

In July 2014, FBI special agent Douglas Brownback and Grand Rapids police officer Todd Allen were searching for Aaron Davison, who was wanted for a home invasion. Officers spotted James King walking down the street and detained him, believing he was Davison. King resisted arrest and the officers tackled him. King claimed he was put into a chokehold and lost consciousness for several seconds.

King bit Allen’s arm, and the officer to repeatedly punched Allen until he let go. The officers later realized he wasn’t Davison but still charged him with assault and resisting arrest. A jury later acquitted King.

King later filed a lawsuit under the Federal Tort Claims Act (FCTA), seeking damages from the United States Government, alleging that the officers violated his rights under the Fourth Amendment, which prohibits unreasonable search and seizures.

The district court rejected King’s FTCA argument due to lack of subject-matter jurisdiction, meaning the court didn’t have the proper authority to rule on the case. The court also rejected the Fourth Amendment argument, claiming the officers had immunity because they acted within the scope of their authority. King didn’t appeal the decision on the FTCA, but he appealed the decision regarding the Fourth Amendment. The officers then argued since the FTCA case was dismissed, so should the Fourth Amendment case, because both stemmed from the same incident. The Court of Appeals sided with King.

The officers went to the U.S. Supreme Court to decide if a FCTA case can be dismissed against an officer due to lack of subject-matter jurisdiction, should other cases be dismissed if they stem from the same incident.

In 2007, the FBI approached three Muslim men: Muhammad Tanvir, Jameel Algibhah and Naveed Shinwari. The officers, including Special Agent FNU Tanzin, wanted the trio to serve as informants within the Muslim community. The trio denied the FBI’s request, saying it violated their religious beliefs. The men then claimed the FBI put them on the No-Fly List despite the fact they never posed a threat.

According to Ballotpedia, Tanvir claimed this prevented him from seeing his sick mother in Pakistan. He further stated that he had to quit his job as a truck driver because he could no longer fly home to New York with a one-way delivery.

The men sued the FBI agents in the U.S. District Court for the Southern District of New York. The men sought monetary damages, saying the FBI violated their First Amendment rights and the Religious Freedom Restoration Act. The district court dismissed the case, saying the men could not receive monetary damages under the RFRA.

The U.S. Court of Appeals for the Second Circuit reversed the lower court’s decision and sided with the three men. Tanzin appealed to the U.S. Supreme Court to decide if Tanvir, Algibhah and Shinwari can receive monetary damages from federal employees under the RFRA.

RELATED: Muslim woman sues city of Detroit, MDOC for being made to remove headscarf in booking photo

LIFE IN PRISON FOR JUVENILE OFFENDERS

In 2005, a Mississippi court sentenced Brett Jones to live in prison without parole for a murder he committed when he was 15 years old. The court maintained that the Eighth Amendment allowed for such a punishment.

Jones claimed he stabbed his grandfather to death out of self-defense.

The Mississippi Supreme Court reversed the sentence and ordered a new hearing in the lower court. During the hearing, Jones said that he was rehabilitated during his incarceration. The district court re-sentenced him to life in prison but didn’t state that he was “permanently incorrigible.” Jones argued that’s a factor when applying such a harsh sentence.

Jones appealed, but the Mississippi Court of Appeals agreed with the district court, saying incorrigibility wasn’t a factor.

The U.S. Supreme Court will decide whether “permanent incorrigibility” is a factor when sentencing a juvenile offender to life in prison without parole. 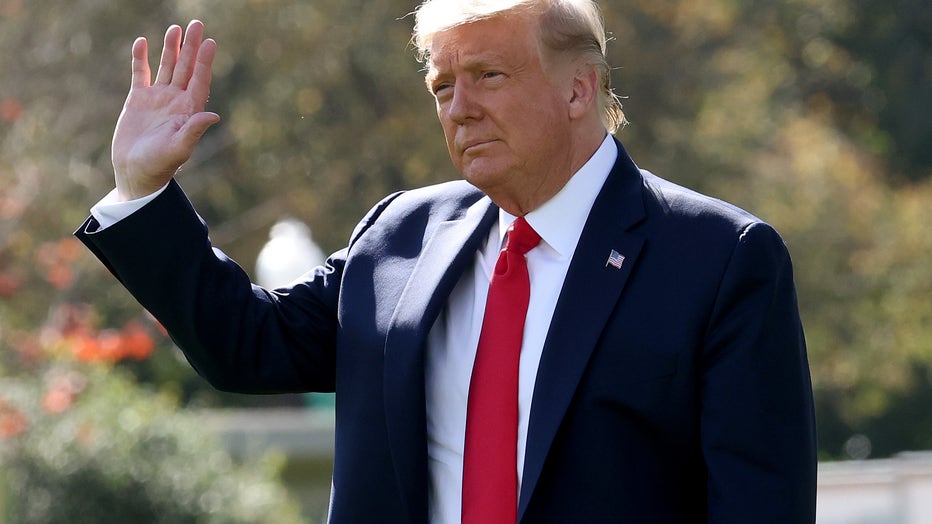 The Department of Justice vs. The House Committee on the Judiciary will go before SCOTUS on Dec. 2.

In May 2017, then-Deputy Attorney General Rod Rosenstein appointed Robert Mueller to investigate possible Russian interference in the 2016 presidential election. The Department of Justice made the report available to the chairman and ranking members of the House and Senate Committees on the Judiciary. But information pertaining to the grand jury was redacted and kept secret due to the Federal Rule of Criminal Procedure.

The Department of Justice is now appealing to the U.S. Supreme Court to determine if a Senate impeachment hearing is a judicial proceeding. If so, it would allow lawmakers to view grand jury material when investigating a president.

THE CONSTITUTIONALITY OF THE FEDERAL HOUSING FINANCE AGENCY

Collins vs. Mnuchin will be heard on Dec. 9.

In 2008, Congress created the Federal Housing Finance Agency to oversee Fannie Mae and Freddie Mac, which deal with mortgages. Congress stated that the FHFA director can be appointed to a five-year term and can only be removed by a president with cause.

Furthermore, the shareholders argued the entire FHFA structure was unconstitutional because Congress doesn’t have a say-so in how profits are distributed, and the director can only be removed with cause.

The U.S. Court of Appeals for the 5th Circuit agreed that the FHFA structure is unconstitutional because it violates “the separation of powers.” The court stated Congress gave the FHFA director too much protection if a president tried to remove that person.

The court stated that it would make it hard for a president to control and hold the FHFA director accountable. However, it did maintain that FHFA and the Treasury didn’t act illegally when deciding on how to handle the 2012 profits.

The shareholders then appealed to the U.S. Supreme Court. The justices will determine if FHFA is unconstitutional. If they do, that could mean voiding everything the FHFA has done since it started in 2008.

It could take several months before the U.S. Supreme Court issues its rulings on the cases.