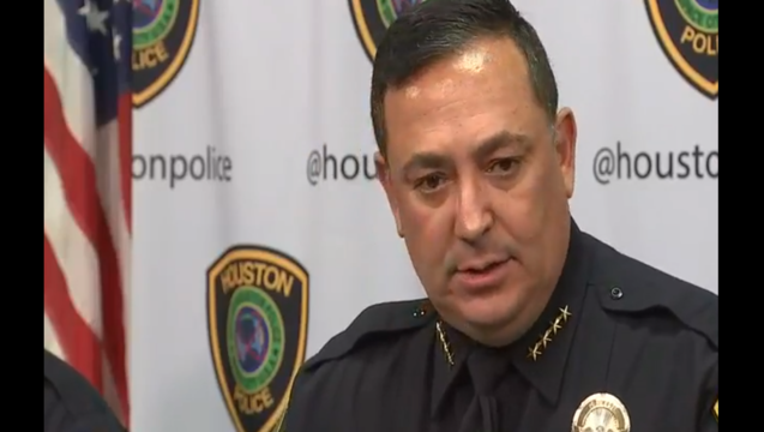 HOUSTON, TX - HPD Chief, Art Acevedo announced security measures and street closures in downtown Houston for President Trump's rally on Monday, October 22, 2018.  Street closures include Polk, Labranch, Bell and Jackson, and the area around the Toyota Center will be closed, starting at 5 a.m. on October 22.

"If you work downtown, please plan on leaving work early," said Acevedo. He also stated that thousands have already signed up to attend the rally, and you must have to have a ticket to attend. The city is anticipating a large crowd and inside--and one weather issue, rain is expected on Monday.  Note to all rally participants: Objects rectangular in shape shall not exceed ¼ “ thickness by 2” in width. A special response group will assist in monitoring and enforcing this.  It's advised to take light rail into the rally, to curb traffic issues.

Acevedo expressed a security warning ahead of the rally, “We’re not putting up with any sheningans. Anybody puts their hands on anyone in unlawful manner—that person will be arrested without fail.”