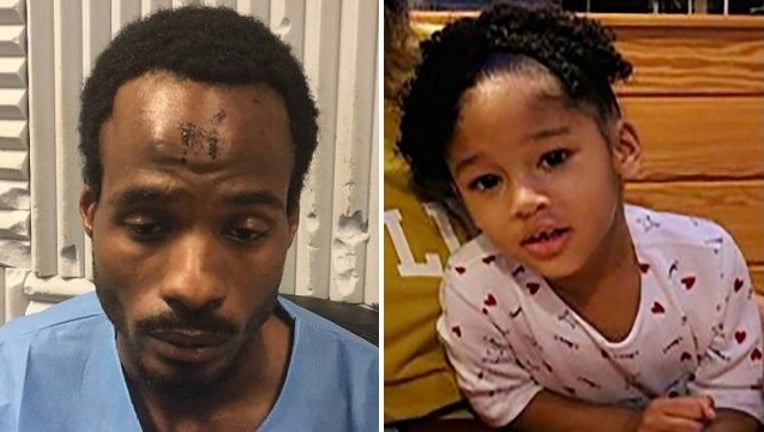 Derion Vence, 26, remains jailed after being arrested in connection with the disappearance of his 4-year-old stepdaughter, Maleah Davis.

HOUSTON (AP) - Trained dogs detected the scent of human decomposition in the vehicle of a man arrested in connection with the disappearance of a 4-year-old Texas girl, according to a prosecutor.

Derion Vence, 26, remained jailed Sunday on a $1 million bond after being arrested a day earlier on a charge of tampering evidence, specifically a human corpse. His next court appearance is set for Monday.

Houston police said investigators have not found Maleah Davis and the investigation is continuing. Authorities have declined to say whether they believe Vence killed Maleah. But prosecutors said in court documents filed Saturday that Vence could face additional charges, including murder.

The investigation began after Vence told police that men in a truck on May 4 had abducted him, Maleah and his 2-year-old son a day earlier, but had freed him and the boy. Vence told investigators he was left in the Houston suburb of Sugar Land and walked to a hospital, where he reported the girl's abduction.

Sugar Land police, who initially interviewed him, said his story kept changing and didn't add up.

Vence, who had lived with Maleah and her mother, reported that his silver Nissan Altima was taken in the abduction, but surveillance video showed that vehicle was used to drop Vence off at the hospital. Police found the car Thursday.

Dogs trained to find cadavers reacted to the trunk of the car, Pat Stayton, a prosecutor with the Harris County District Attorney's Office, said at Vence's probable cause court hearing Saturday night.

Surveillance video from a neighbor showed Vence carrying a large, blue laundry basket with a large trash bag from his apartment on May 3, Stayton said. Vence returned three minutes later without the basket and later he was seen leaving the apartment with cleaning supplies, including bleach.

In the silver Nissan, police found a laundry basket that looked like the one Vence took out of his apartment, Stayton said.

"Both of the dogs reacted to the trunk of the silver Nissan that the defendant had driven and that the blue laundry basket was recovered from, indicating that the dogs were responding to the scent of human decomposition in the vehicle," Stayton said.

Investigators also found blood at the apartment, both in the hallway leading to the bathroom and on surfaces inside the bathroom, Stayton said.

At Saturday night's hearing, Vence said he planned to hire a defense attorney.

Rodney Brown, an attorney appointed to represent Vence only for Saturday's hearing, had asked a magistrate judge to set bond at $5,000, saying Vence was a low flight risk and had lived in Houston most of his life.

Stayton argued that Vence was a flight risk and there was "evidence of deception on the part of the defendant with regard to information he gave to police."

Police have described Vence as Maleah's stepfather, but Maleah's mother, Brittany Bowens, said through a spokesman that Vence is her former fiance. Quanell X, a local civil rights activist who spoke to reporters on Bowens' behalf on Friday, also said that Vence had abused Maleah.

Child Protective Services removed Maleah and her brothers from the home Vence and Bowens shared in August after the girl suffered a head wound, but the children were returned in February, according to an agency spokeswoman.