Investigators have not yet established a motive. They are grateful that throughout all of this chaos, no one else was hurt.

ROWLETT, Texas - An armed suspect who hijacked a DART bus was killed in Rowlett Sunday after holding the bus driver at gunpoint and forcing them to flee from officers.

A police source has identified the suspect as Ramon Thomas Villagomez.

He was wanted for questioning in the murder of 41-year old Catherine Menendez in San Antonio and an aggravated assault in Brazoria County. 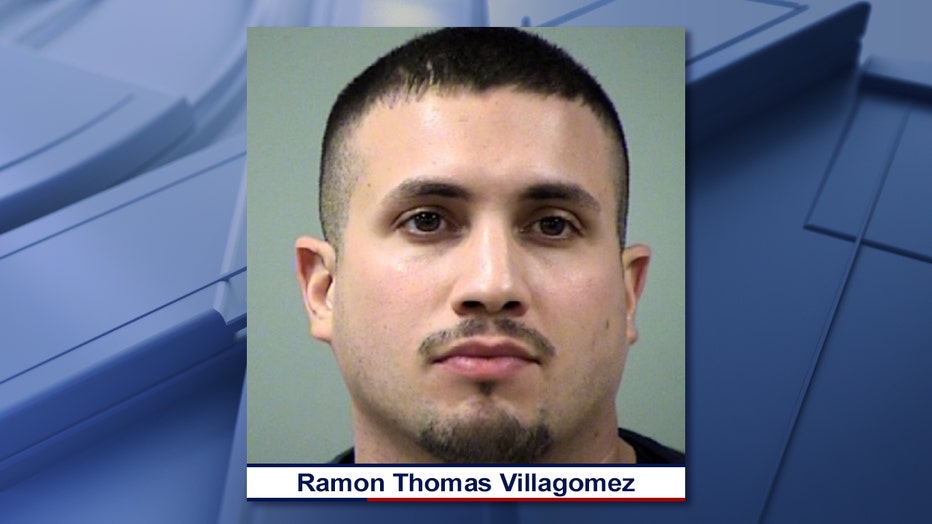 DART police said this started at 11 a.m., when they got a report of an armed suspect who got onto a DART bus in Richardson, on Buckingham Road.

There was one other passenger on the bus at the time.

The suspect ordered the driver to take them to another location, and then held the driver at gunpoint, police said.

“The information we received about the call was that there was an armed person aboard a DART bus holding the bus driver hostage and the bus was in transit at the time we received the call,” Garland PD Lt. Pedro Barineau said.

Police chased after the bus, through Richardson, Garland, Rowlett, and then into Rockwall.

The suspect shot at officers who were attempting to stop the bus, and officers returned fire.

“Throughout the entire time of the pursuit, shots were continuously being fired from inside the bus to our officers, and our officers were returning fire,” Barineau said. “There was an immediate threat to and danger to the people on the bus. That’s why we were pursuing the vehicle.”

Police were able to get it stopped in Rowlett, in the northbound lanes of President George Bush Turnpike, after using spike strips.

After the bus was stopped, the suspect got out, and was shot and killed, according to police. No further details have been released at this time.

“The gunman exited the bus and shots were continued to be fired and he was struck by our officers,” Barineau explained. 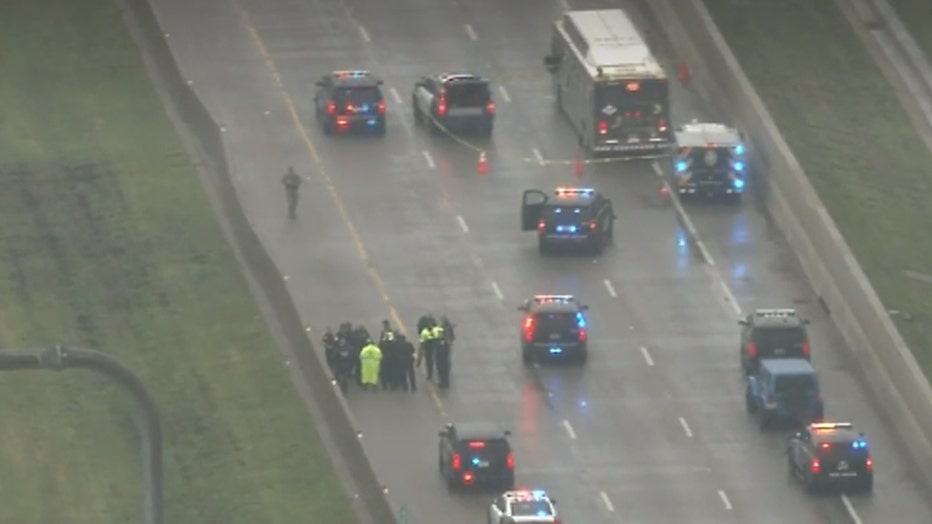 Both the bus driver and passenger are safe.

Police said they haven't found any evidence that the supsect was connected to the driver or passenger on the bus.

DART police said one of their officers was shot, and a Garland officer was also shot. Both have non life-threatening injuries.

The FBI is on scene, along with at least six different local police agencies.

Investigators have not yet established a motive. They are grateful that throughout all of this chaos, no one else was hurt.

“This is something that you could not have asked for a worse situation,” Barineau said.