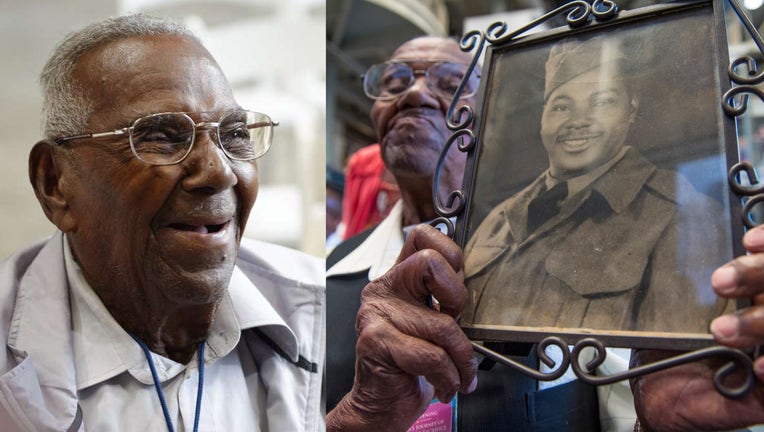 Lawrence Brooks was born Sept. 12, 1909, and served in the predominantly African-American 91st Engineer Battalion stationed in New Guinea and then the Philippines. He was a servant to three white officers in his battalion.

His daily routine included cleaning the officers' sheets, shining their shoes, making sure their uniforms were clean, and accomplishing any task these officers asked of him.

Brooks attained the rank of Private 1st Class during the war. He was married to the late Leona B. Brooks and is the father of five children and five step-children.

Traditionally, Brooks celebrates his birthday at the National World War II Museum in New Orleans, however, due to the COVID-19 pandemic, the museum instead focuses on a socially-distant celebration.

Brooks was surprised with a flyover, a cake, and a performance from the musical trio The Victory Belles, and nearly 10,000 birthday cards from around the world.

Vanessa Brooks, the WWII veteran's daughter, said he told her when he turned 100 that he expected to live until 112.