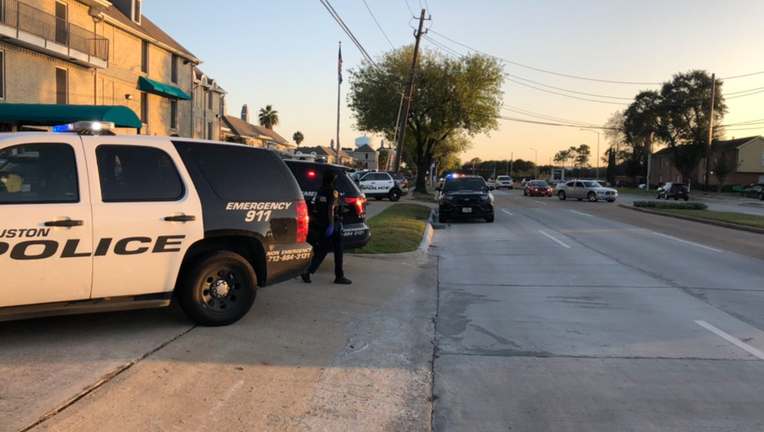 Photo from the scene where a husband and wife were shot in Southwest Houston on Wednesday afternoon. (Houston Police Department/Twitter)

HOUSTON - A husband and wife are dead following a shooting in southwest Houston on Wednesday afternoon.

According to Lt. Larry Crowson with the Houston Police Department, they received calls of multiple shots fired around 4 p.m. at an apartment complex in the 6400 block of South Gessner.

Crowson said when officers arrived, they found an adult male in the parking lot that had been shot. The man was later pronounced dead on the scene by the Houston Fire Department.

Officers found a blood trail around a corner to an apartment when there was an adult male that surrendered to officers, Crowson stated.

Officers also located a pistol and took the man into custody, police said.

As officers made entry into the apartment, Crowson said they found an adult female who was also dead inside the apartment.

Further investigation revealed the victims were husband and wife. The man detained is said to be an ex-husband, Crowson said.

Authorities are talking with witnesses trying to determine what happened.

The motive for the shooting remains under investigation.