How common is Houston's dangerous heat, what is driving the triple digits?

Dangerous heat continues as we close out the weekend and heat into the work week. After three 100+ degree days last week, that brings the running tally for the city of Houston up to a total of eight so far this year.

HOUSTON - Dangerous heat continues as we close out the weekend and heat into the work week. After three 100+ degree days last week, that brings the running tally for the City of Houston up to a total of eight so far this year.

LIST: Have a chill weekend, avoid the Houston heat with these cooling centers

So, how common is this, really? And how much is it being driven by Climate Change? 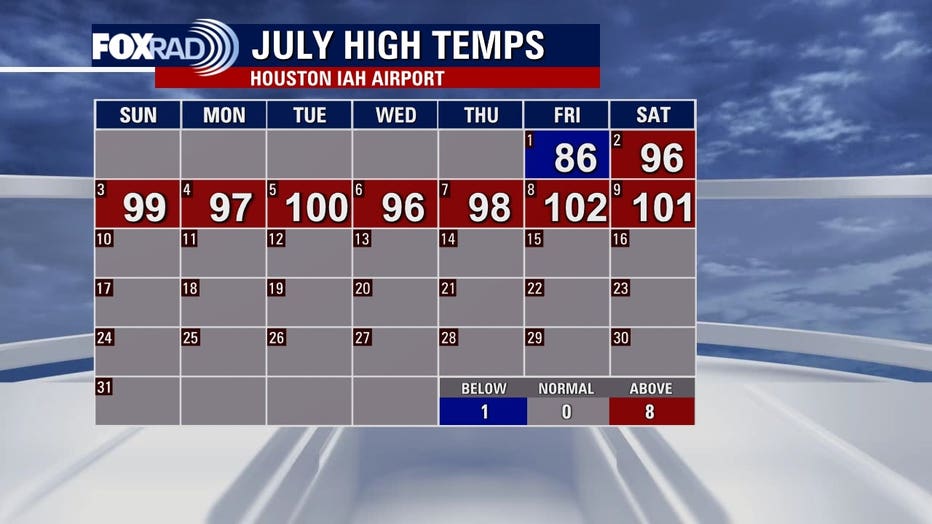 Sunday and Monday will likely drive that tally up to ten, especially for inland locations. On average, we typically only see three 100-degree days for the entire year. That means that we would exceed three times the average value, before we normally ever even see our first (July 19th).

RELATED: How to beat the summer heat in Houston amid an ongoing drought

How you can protect yourself during the Houston heat wave

FOX 26 Anchor Rashi Vats explains how you should take care of yourself if you have to be out and about this week in the Houston heat.

About half of years on record will experience at least one 100-degree day, though last year we saw none. But in general, temperatures this high are more typically observed later in the season (August/September timeframe) and not during the months of June or July. The overwhelming majority of the 100-degree days during the 2011 episode were late-season heat. 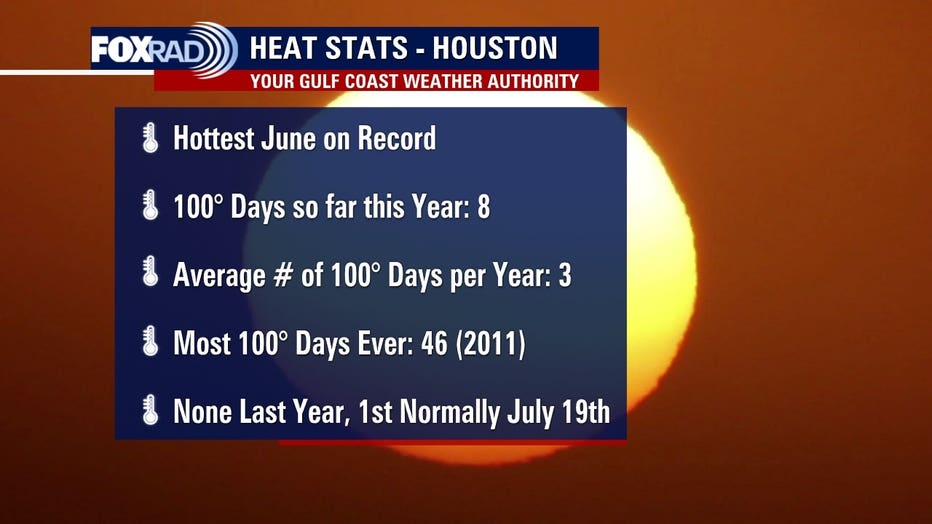 After several days under either heat advisories or excessive heat warnings, you may also be wondering what the criteria are for each. These thresholds vary based on location, but here's what the National Weather Service in Houston uses as a guideline when issuing these heat alerts. While heat advisories are common, excessive heat warnings are quite rare. The last time the City of Houston proper was under one was August 31, 2020. 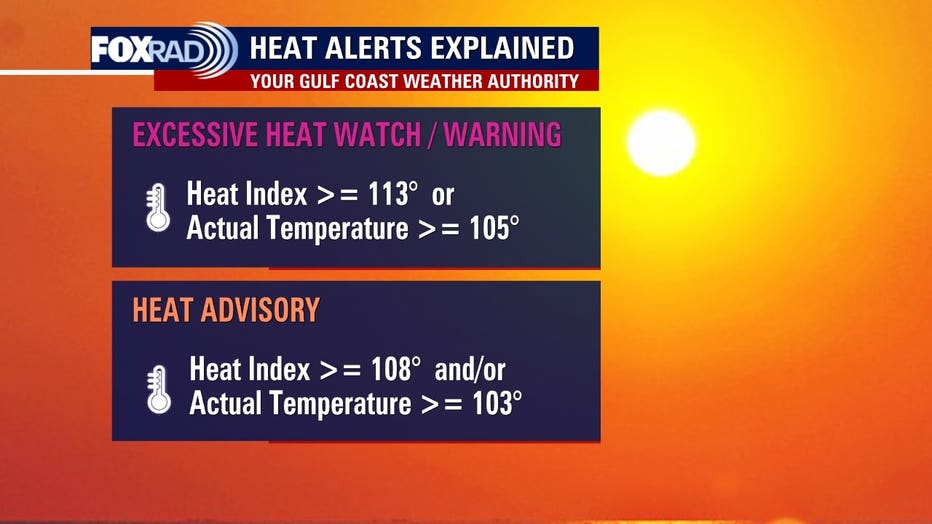 This leads me to my last point. How much is climate change driving all of this? According to Climate Central... significantly so for a day like today. Yes, while it certainly does get hot here - we do not normally experience this many 100+ degree days, this early in the season. Their Climate Shift Index takes 30 years' worth of temperature data, the industry-standard/norm for analyzing things from a climate perspective, and runs them through 22 models. 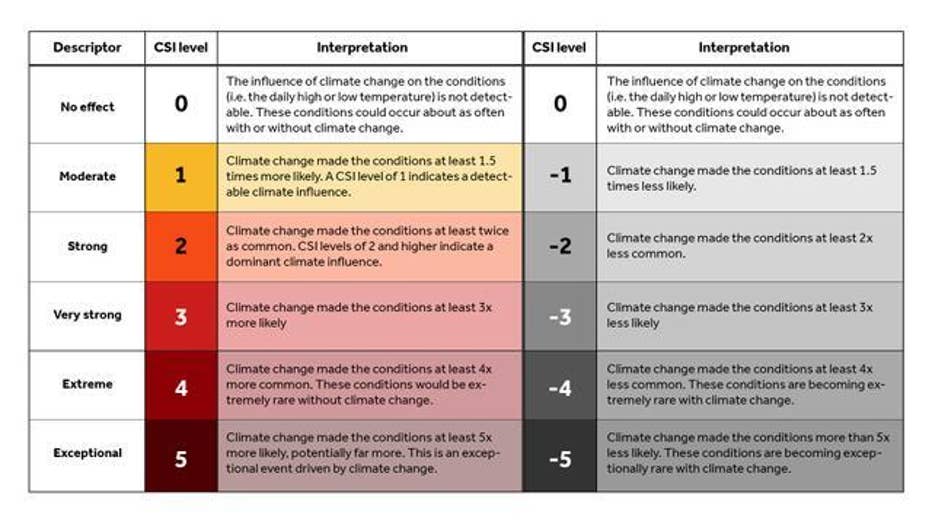 The models then calculate the likelihood of climate-driven weather events using real-time fingerprints. They compare the frequency of these events under two separate scenarios: models driven by high greenhouse gas emissions (climate change) and model runs without. The output is the Climate Shift Index, which for Sunday in southeast Texas is a 5. That is the highest number on their scale: exceptionally driven by climate change, and at least 5 times more likely to occur and continue occurring if action is not taken now. 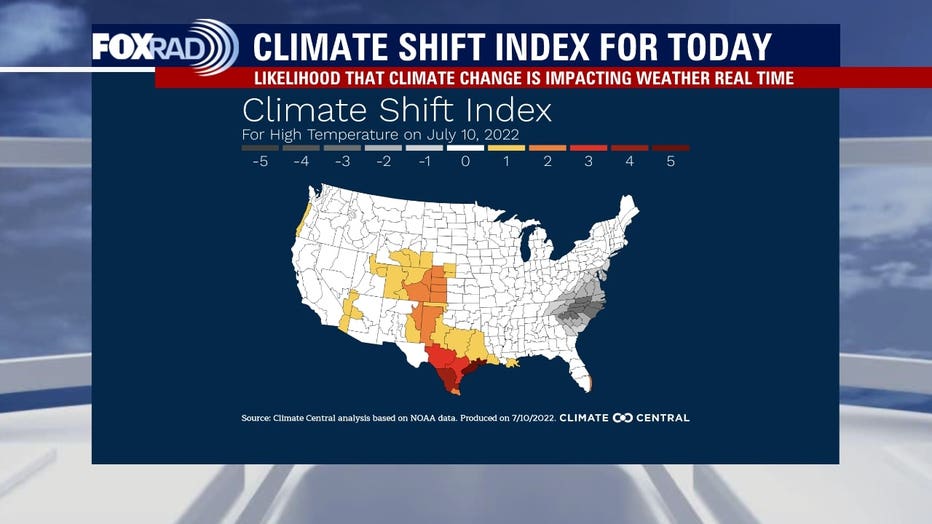 You can learn more about the Climate Shift Index by clicking here.